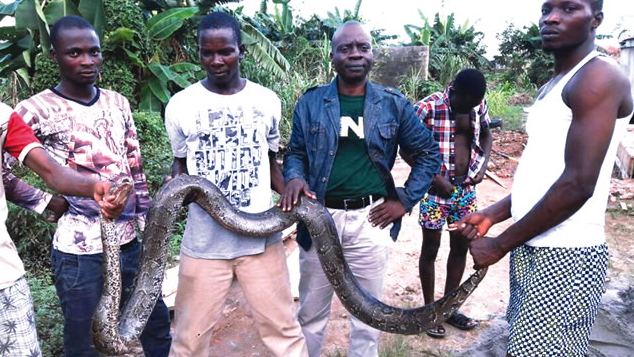 Above is one of the three large python killed yesterday around 8am at Greenland Estate in Mende area of Maryland Lagos.

According to witnesses, the reptiles were uncovered during a construction project being carried out by the Lagos State Government.

We gathered that the pythons were found under the overgrown canals.

Greenland Estate Vice Chairman, Sola Adekoya said over 15 of these pythons had been killed in the area this year alone.

He urged the government to send conservationists and zoologists to the area in order to properly evacuate the dangerous reptiles.

Residents of the area prefer to stay indoors at night for fear of being attacked by the pythons.