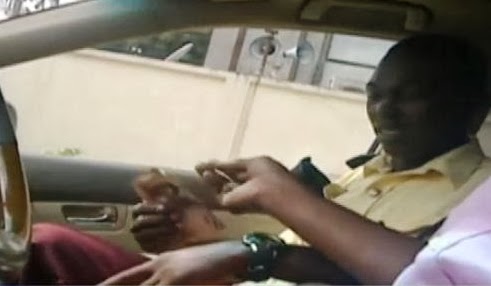 An unidentified official of Lagos State Transport Monitory Agency, LASTMA has been caught negotiating bribe with a driver.

The unsuspecting LASTMA officer was caught on tape by the driver who shared the video with Channels news.

The motorist who allegedly ran a red light offered the officer N8,000 in order to avoid getting into trouble. The officer in question took the money and later returned it on the ground that it’s insufficient for the offence.

As at the time of this report, the agency is working on identifying the corrupt official in order prosecute him accordingly.

Watch the video of the LASTMA official taking bribe below:

Fashola must see this.