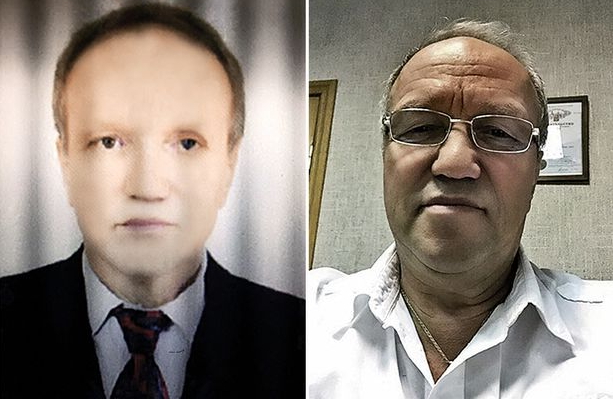 The man pictured above, Semen Gendler from South-West Russia was diagnosed with cancer and Hepatitis C and needed a liver transplant to survive.

Doctors told the 65-year-old inventor that his only hope was to get a liver transplant from a compatible donor.

A 38-year-old African American man donated his liver to him and the operation was successful.

Hear what Gendler’s friend told a media outlet in Russia:

“I noticed that his skin was getting darker. When he told me they had given him the liver of an African-American man, I guess that was probably the reason for the colour change. He said that he had been initially delighted at having the liver of a 38-year-old and added that it had given him a new lease of life.”

Is there a medical explanation for this?