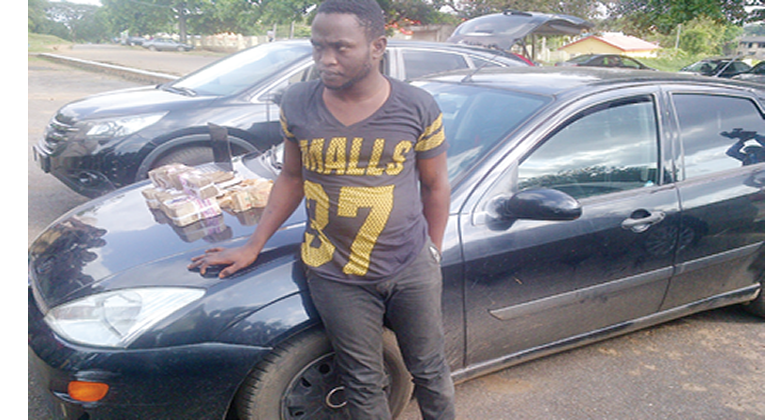 Police in Oyo State have apprehended a graduate of Accounting from Ladoke Akintola University (LAUTECH), Ogbomosho, who had allegedly robbed victims of their valuables through internet fraud. The prospective National Youth Service Corps (NYSC) member, Babatunde Fatai, was arrested by men of the Special Anti-Robbery Squad (SARS) at his Ogbomosho hideout. He had once been arrested for robbery and arraigned but was released on bail.

Sober from the realisation of the seriousness of his offence, Fatai, who could not really estimate much he had defrauded his victims, said: “It is unfortunate that I was caught. I am supposed to go for my NYSC this year, but with what has happened, I doubt if that would be possible.” Explaining how he went about the scam, the suspect said it was not easy to engage in internet fraud, “because it requires painstaking effort and building of trust with people before deceiving them to collect their account details which would later be used to hack the account.

“At times I go to dating sites to woo both men and women. I will make sure they fall in love with me by regularly sending love and romantic messages and even calling them until I deceive them to giving their account details on trust. “At times, I send fake email to bank customers, making it look like the one from the bank.

There I will request them to change the password, pin code or other bank account security details. They will be required to input the old and new, but as soon as I get the old password, I use it to hack their account, transfer the money to the person I’m dating abroad who will later send it to me through another means.”

Oyebade said the command was not unmindful of the possibility of increase in crime rate as some criminal elements would want to make quick money as the Yuletide approaches. He, however, said his command was battle ready to make the state unsafe for criminals.