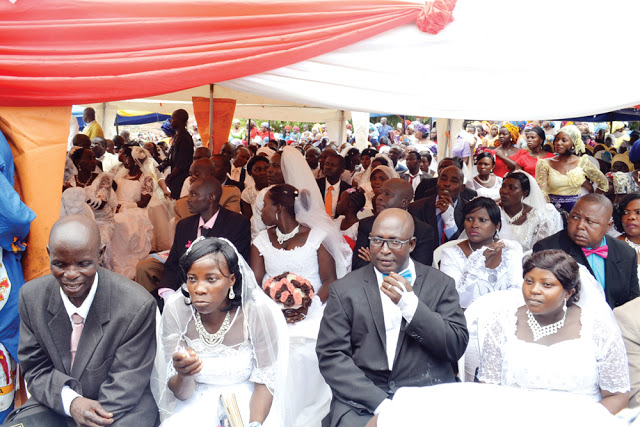 52 men and women were joined together in Holy Matrimony at a Catholic church in Jos Plateau state last weekend.

The historic ceremony that held at St Moses Parish in Tudunwada area of Jos facilitated the joining together of the lover birds.

Most of them had been married traditionally while others had lived together and even raised children without an official ceremony.

They felt their lives were not complete because they had all along shut Jesus Christ out of their marriage.
It was observed that many of them could not arrange for white garment wedding before they began to raise children due to their poor economic conditions.

Due to the importance the Catholic Church attaches to marriage, the oath was conducted by the Catholic Archbishop of Jos, His Grace, Bishop Ignatius Kaigama.

It is the first of its kind in a Catholic church in Nigeria.