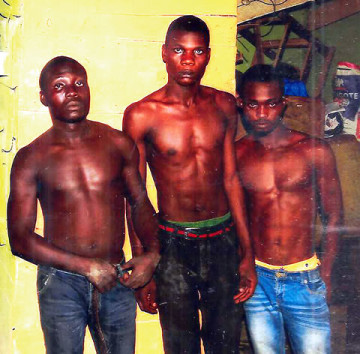 These 3 guys were arrested recently on Iju Road in Agege during a coordinated robbery operation.

They were handed over to officials at Pen Cinema Police station before two of them escaped from the cell.

2 police officers on duty on the day of their escape had been arrested as police begin manhunt for the fleeing robbery suspects.