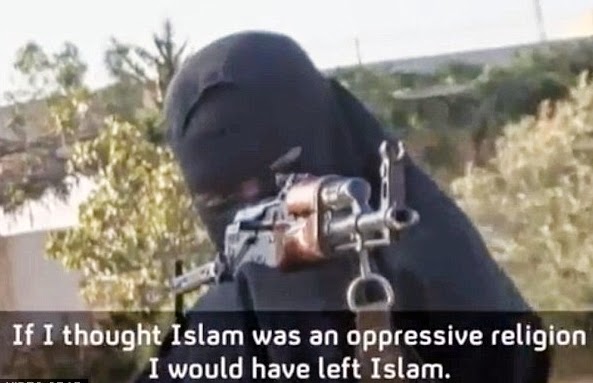 Meet Grace Dare now Khadijah, a 22-year-old Nigerian woman who emigrated to the United Kingdom as a child.

She converted to Islam in college and became radicalised after she started attending Lewisham Islamic Centre mosque.

She is married to a popular Swedish terrorist Abu Bakr who is believed to have died.

Khadijah widowed at age 22 now living in Syria regularly posts violent threats on Twitter . She hopes to become the first woman to behead a westerner in the name of Allah. 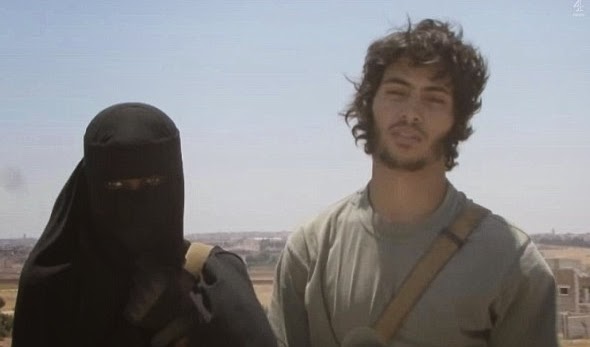 Her heartbroken mother, Victoria Dare recently took to BBC to lament how her devout Christian daughter has been radicalised after converting to Islam.

Hear what Victoria said in a recent BBC documentary:

‘She had a Bible, she read the Bible. She would sit there and pray and pray and pray.”When she became Muslim, I would get these phone calls saying, “Can I speak to Khadijah?” I said to her, what’s that about?. She says, “Oh, that’s my name”. It was only the mosque people who called her Khadijah. I don’t call her that.’

She is accused of trying to encourage other women to travel to Syria to join ISIS.

Olumide Bakare : I’m Not Married, I Still Sleep Around With Women At Age 63
Photo: Woman Trekking From Kaduna To Abuja To Celebrate Buhari