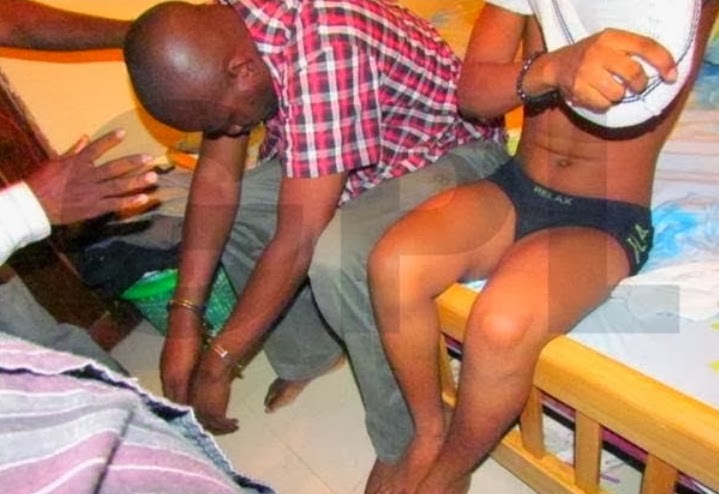 Less than 14 days after President Museveni signed a bill banning homosexuality into law, two homosexuals have been caught in the act.

This happened at a popular hotel in Uganda.

According to eyewitnesses, the two gay men checked into an undisclosed hotel and within 15 minutes of checking in, sexual moans were heard from their room.

They were moaning so loud that it caught the attention of the hotel attendants and other people at the reception desk.

One of the attendants immediately called the police who rushed to the scene and to their surprise, the two men were deep into the sodomic act.

The homosexuals were promptly arrested and whisked to the station.

See more photos from the arrest 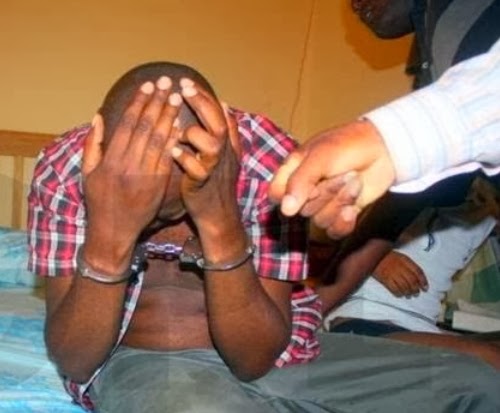