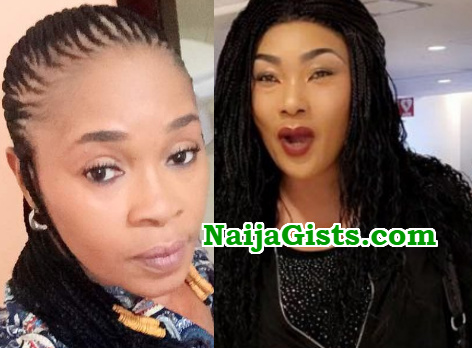 Nollywood lady evangelist Eucharia Anunobi lost her only child, Raymond to sickle cell disease on Tuesday the 22nd of August 2017.

The actress is still mourning the untimely departure of her 15 year old son even as friends, fans  and family members sends in their condolence messages. 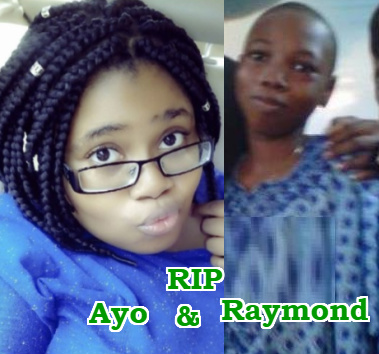 One of those who sent her a condolence message is veteran actress Remi Oshodi aka Surutu who lost her daughter, Ayo Surutu to sickle cell anemia on the 2nd of July 2017.

Here is what she wrote on her official IG page when the story broke yesterday; 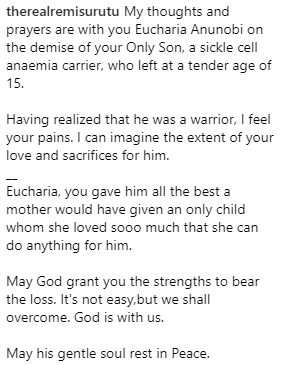 May the Lord comfort them.