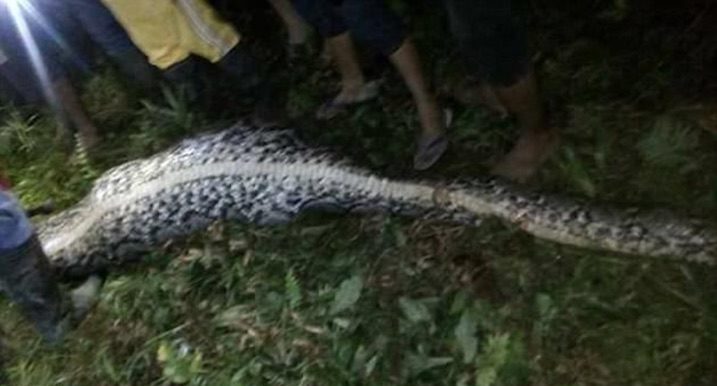 A farmer who went missing on Sunday night has been found.

Sadly, 25-year-old Akbar Salubiro who was declared missing by his family members was found lifeless inside the stomach of a 27-foot python that sprawled out of the garden behind the house of the deceased’s family.

When the snake was captured alive, the boots the deceased was wearing at the time the snake attacked him were clearly visibly in the stomach of the snake.

Concerned relatives and friends quickly cut open the stomach of the motionless python before removing the lifeless body of the deceased. 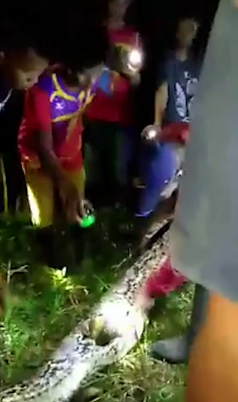 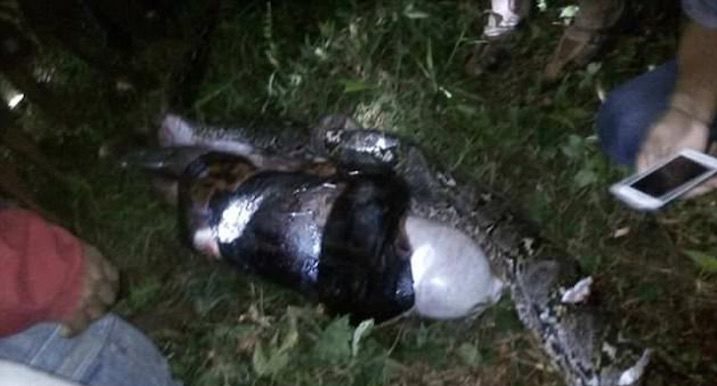 This happened in a remote island located in the western part of Sulawesi province in Indonesia.

Watch the video below, VIEWERS DISCRETION IS STRONGLY ADVISED

Pythons are boa constrictors that often suffocated their victims before swallowing them whole.