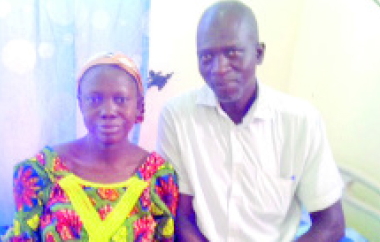 A woman who was tagged barren in the past 23 years has become a joyful mother of children.

52-year-old Victoria Kolo and her husband 60-year-old Amos Kolo who got married in 1994 had been waiting on God since then however, without any medical intervention, the woman conceived on her own last year and put to bed two weeks ago.

Minna General Hospital in Niger State became a tourist spot as people from far and near trooped into the maternity ward to see the miracle babies when Kolo, the first time father suddenly started dancing round the Labour Room when the news of the arrival of his babies was broken to him.

In her testimony, Victoria, a lecturer at the Federal University of Technology in Minna said throughout her 23 years of childlessness, the Holy Bible was her source of consolation.

Here is what the joyous mother of triplets told reporters; 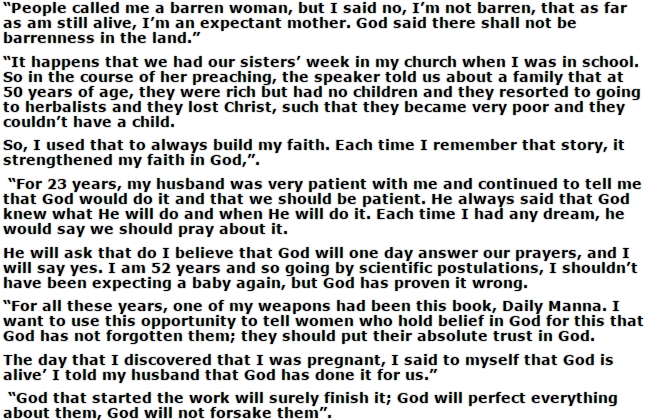 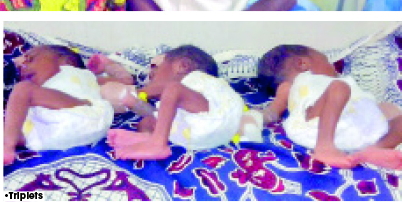 Here is what her husband said: