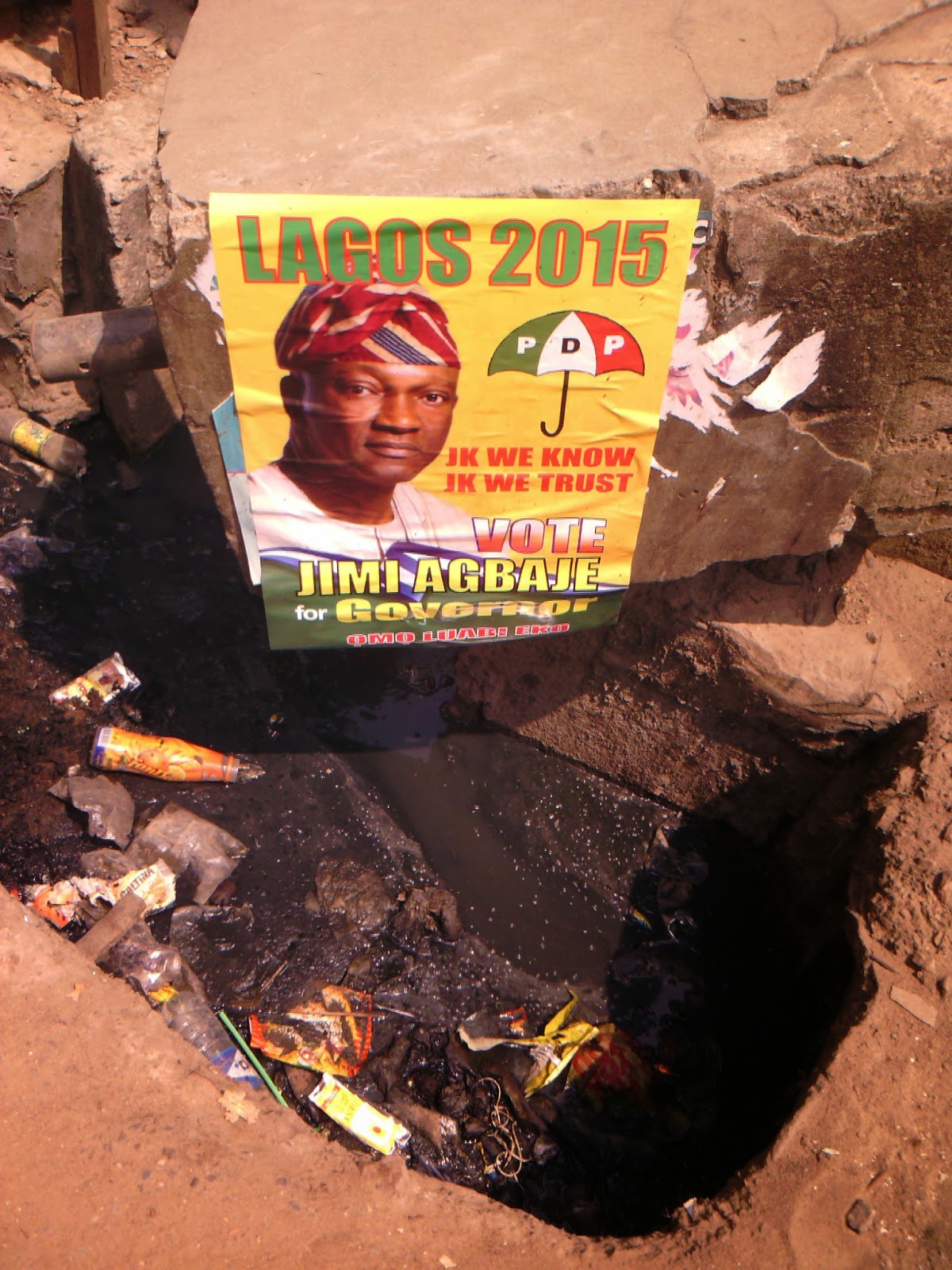 The campaign posters of the politicians have been spotted at the least expected locations in Lagos.

Ambode’s campaign poster was spotted on a trash can while Agbaje ended up in a gutter. 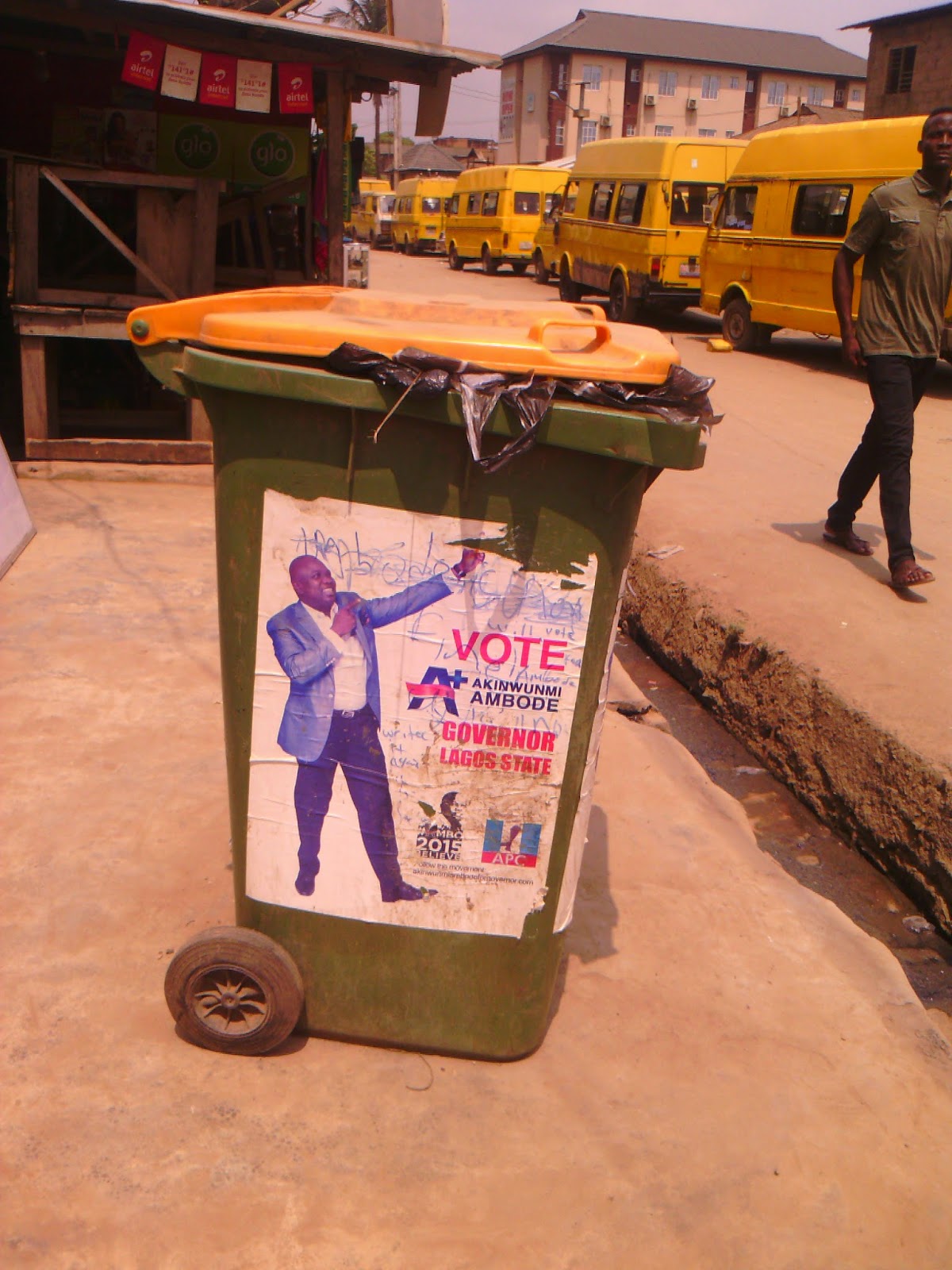 Their campaigns have now taken an ubiquitous form in Lagos as their faces litter everywhere, from major highways to streets, houses, offices.

It is time they both call their campaign managers to order.