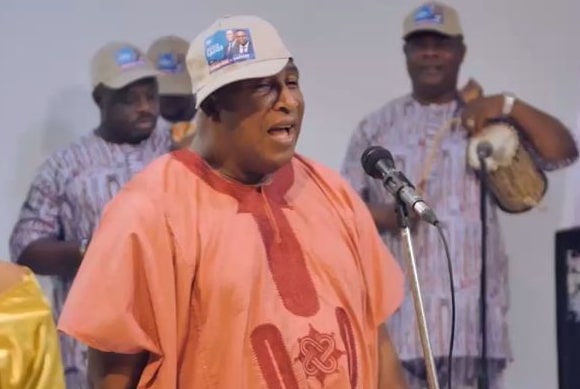 In a new political advert shared by Nollywood actress Foluke Daramola on Instagram, several Yoruba actors including herself have supported the Lagos State gubernatorial candidate of the All Progressives Congress (APC), Babajide Sanwo-Olu ahead of the general elections.

Foluke Daramola captioned the video: ‘All Stars for #sanwooluhamzat2019.’

Singing in Yoruba in the video of the jingle, a line-up of stars including Adebayo Salami, Jide Kosoko, Yinka Quadri, Muka Ray, Faithia Williams and others campaigned and sang the praises of former governors of Lagos State, Asiwaju Bola Ahmed Tinubu, Babatunde Raji Fashola and present governor, Akinwunmi Ambode.

Nigerians have however attacked them, calling them shameless amongst other unprintable names.