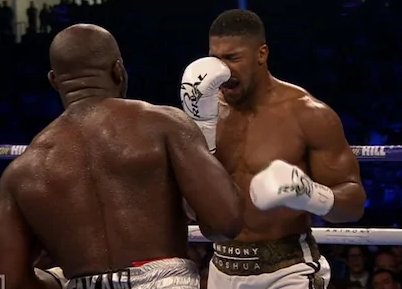 British Nigerian Boxer Anthony Joshua was caught in the second round of last night’s fight but it wasn’t by his fists.

As Takam stepped inside the British boxer he moved his head into his opponent causing a heavy blow to Joshua’s face. 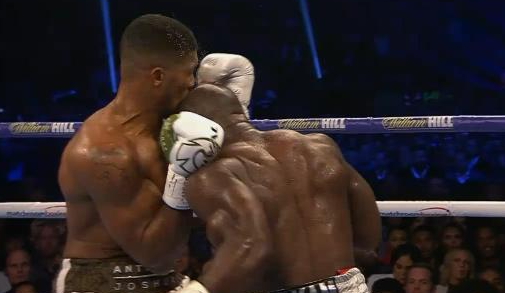 Referee Phil Edwards warned Takam about leading with the head in round three but the damage was already done to Joshua’s face.

However the 28-year-old shook off the cut quickly to regain control of the bout. 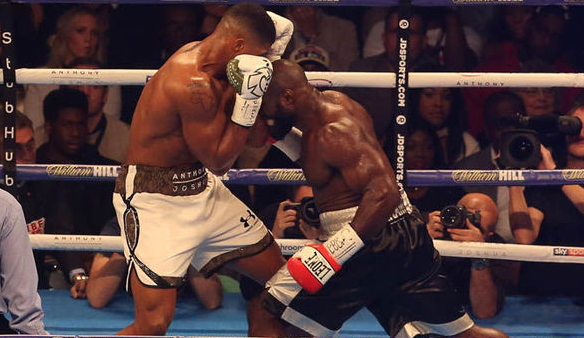 And at the end of round four Takam hit the canvas after a strong left hook from Joshua but the bell rang just seconds after he got back up to save him.

After the fight Joshua was asked whether he thought his nose was broken and he said: “It feels like it.

“He’s like [Evander] Holyfield, coming under and popping up but this is championship fighting and imagine it broke.

“I couldn’t breathe and he started catching up in the later rounds.

“It would have been a massive disaster so I had to keep my cool.

“I’ve got a few months to heal it up. I’ll go and see some good doctors to crack it back into place and then we continue with training.

“You have to control these situations because if I showed any signs of weakness the ref could have jumped in and done whatever.”