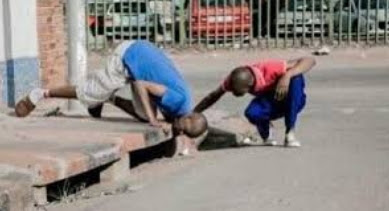 At least 5 people died on Friday when some members of the dreaded Aye and Eiye cult groups engaged each other in a reprisal fight.

The incident which happened in the wee hours of Friday the 27th of October around Night Market in Imota area of Ikorodu Lagos claimed the lives of five persons, including a meat seller.

According to a source who witnessed the incident, some suspected Aye cult members engaged some Eiye cult members in a serious fight throughout the midnight and in the morning, they succeeded in overpowering a member of the Eiye cult, meat seller identified as Olaitan Omo Ibadan.

They allegedly beheaded him, placed his severed head on a platter and dropped it on the road.

Residents were seeing fleeing the area for fear of reprisal.