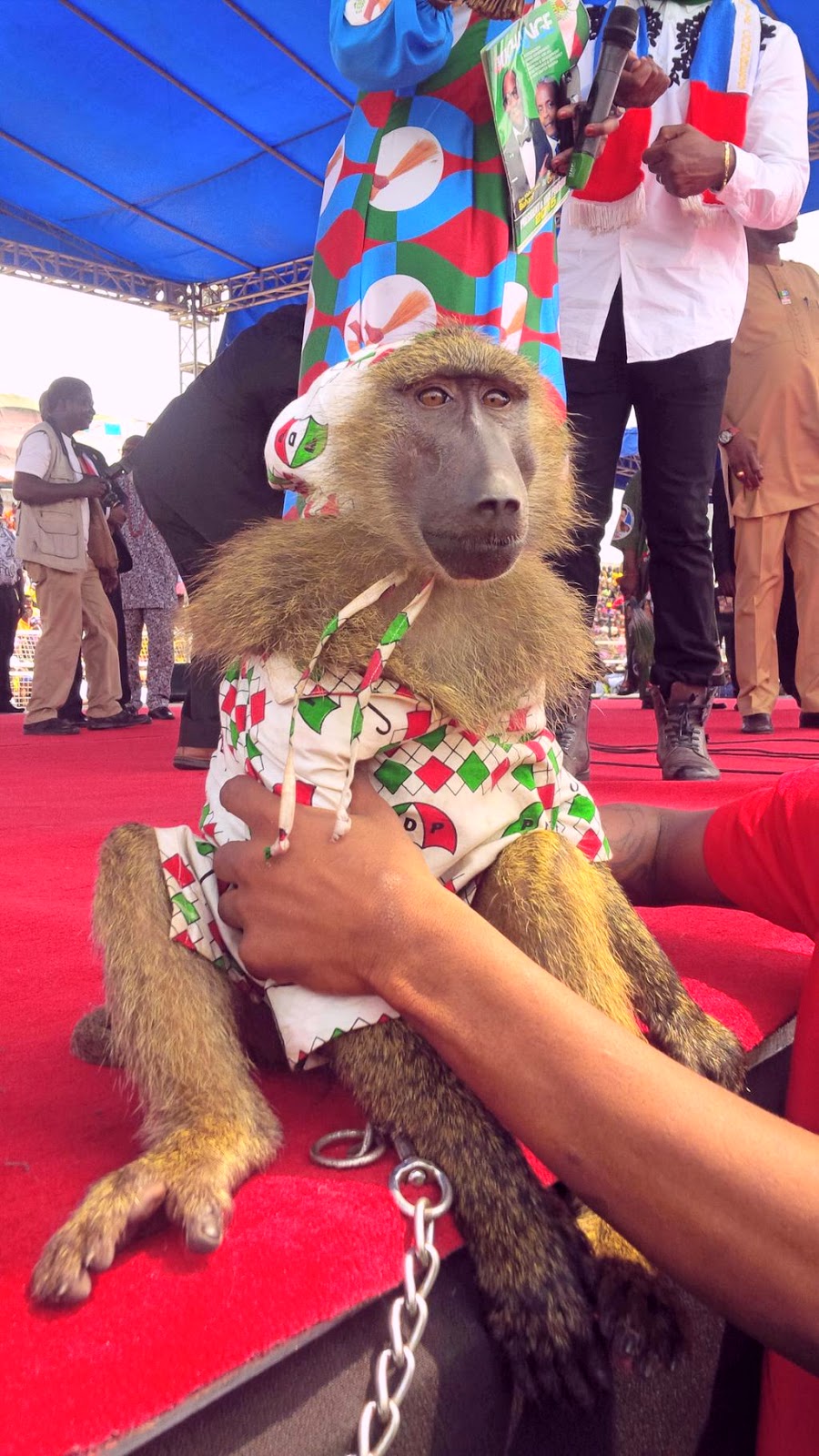 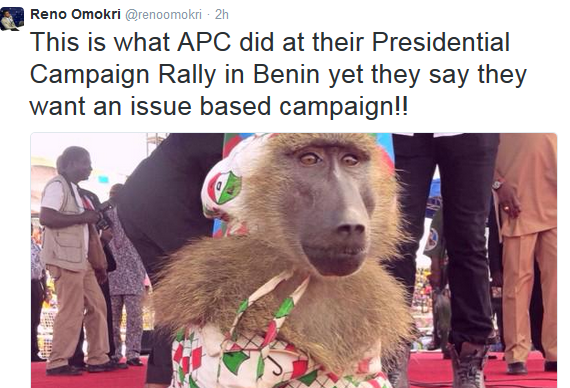 A one of a kind monkey was put on display during APC Presidential campaign rally that held in Benin city Edo on Thursday.

The monkey was chained on the campaign stage ready to perform to APC supporters.