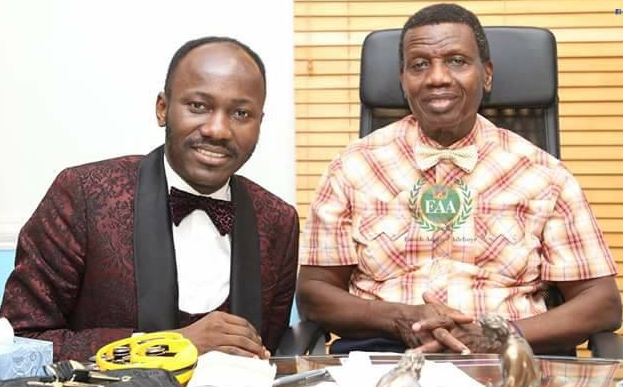 Papa The Oracle is now running from pillar to post in a desperate bid to redeem his already battered image following a sex scandal allegation leveled against him by Canada-based Stephanie Otobo .

Few days after Otobo released her bank statement showing huge deposits from Suleman, the Auchi-based eloquent preacher has ran to RCCG General Overseer, Pastor Enoch Adejare Adeboye in a bid to align himself with him.

Former Ondo State Governor Olusegun Mimiko and Pastor Mrs Foluke Adeboye were with Daddy GO when Suleman came without prior notice on Saturday.

Adeboye reportedly prayed for him in front of everyone but the duo never had a closed-door meeting. 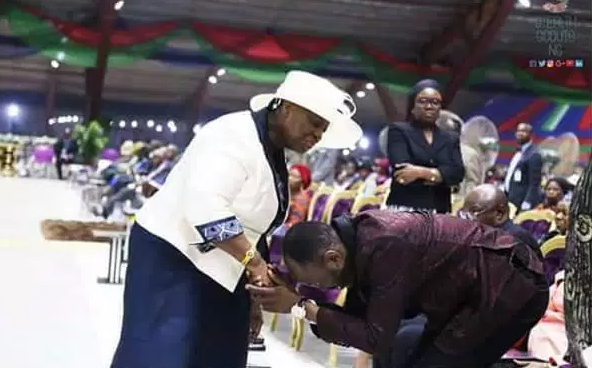 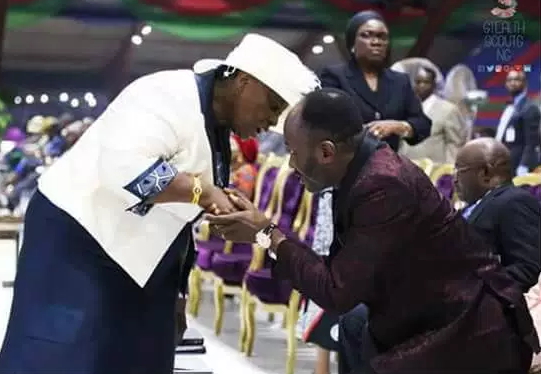 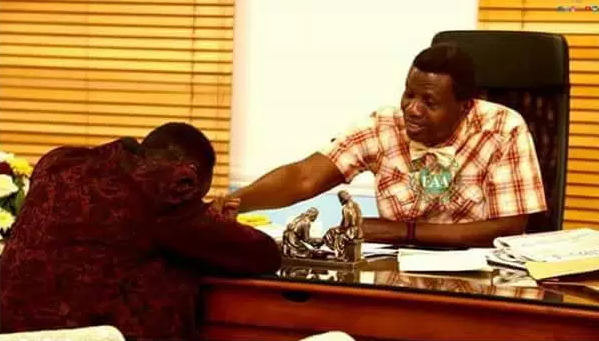 Suleiman later took to the social media to share the photos with Nigerians. #sekarimi thingz