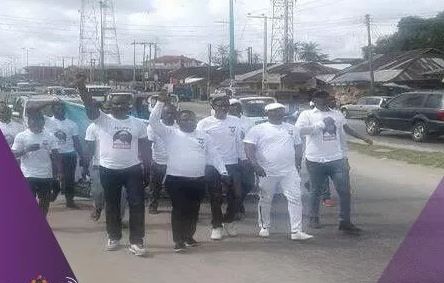 The 46th birthday lecture of fugitive ex-militant leader, Chief Government Ekpemupolo, popularly known as Tompolo, ended on a violent note on Wednesday when factional groups of the Ijaw Youth Council (IYC), engaged each other a gun fight.

Various Ijaw interest groups and some of Tompolo’s associates had put the lecture together to celebrate the life of the former militant leader who went into hiding since 2015 and invited eminent personalities, including renowned professor of English Literature, Professor Godini Darah, to discuss peace in the Niger Delta.

The atmosphere became charged when two leaders of the two factions of the IYC; the Eric Omare camp and the recently inaugurated Peretubo Oweilami camp met at the event. Omare, who arrived at the event, had been seated with some of the executive council members of his camp before the leaders of the other faction arrived.

The atmosphere turned violent when members of the Omare faction, who identified Oweilami and his entourage, tried to prevent him from entering the hall of the in Okuemi Hotels, Warri. The clash escalated into a scuffle and later the use of all manners of weapons, including guns, axes and broken bottles.

The order inside the hall was disrupted when some of the men involved in the fracas gained access and started charging at each other. The riotous atmosphere, which had already scared several guests, was later quelled after about 40 minutes by the law enforcement agents on guard duty. 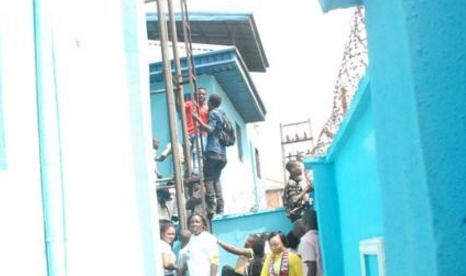 Although there were no casualties as at the time of filing this report, many of the escaping guests, including journalists and other participants, reported loss of their personal effects like mobile phones.