April 12, 2014 – Pictures: Chiwetel Ejiofor In Lagos Nigeria For Half Of A Yellow Sun Movie Premiere

British-Nigerian Hollywood actor Chiwetel Ejiofor has arrived Nigeria for the premiere of his hit movie titled Half of A Yellow Sun.

On Friday, he participated in a press briefing at the Wheatbaker hotel in Ikoyi Lagos shortly after his arrival.

Present at the press briefing were movie director Biyi Bandele and OC Ukeje.

Thandie Newton & Genevieve Nnaji are also expected to grace the movie premiere that will be taking place on Saturday the 25th of April 2014. 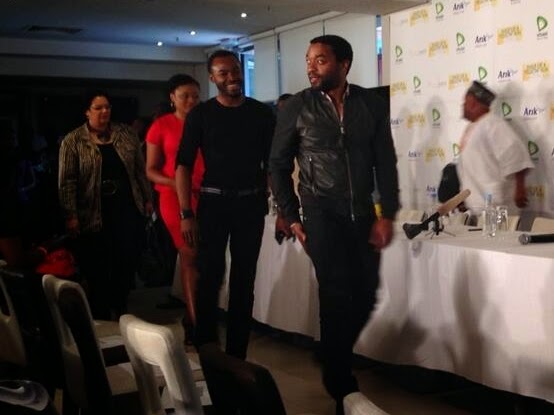 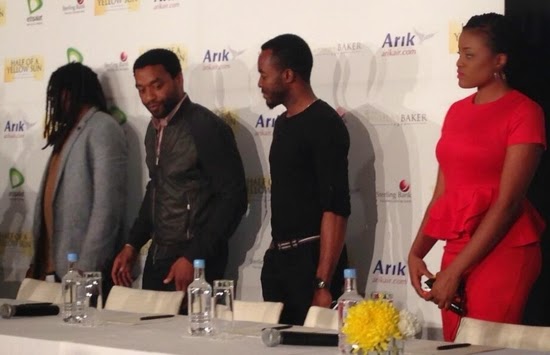