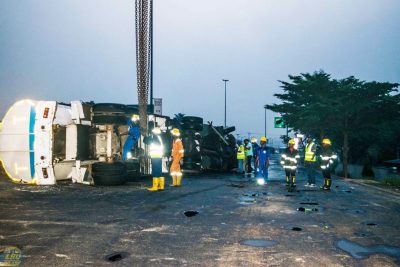 Two petrol tankers were struggling to overtake each other today when a mishap occurred.

In the risky act of overtaking each other, one of the fuel tankers fell on its side while the other sped away.

The one that rolled over spilled 33,000 litres of PMS on the Anthony Bridge inward Gbagada around 12:15 am.

It was the prompt intervention of firefighters and the Lagos State Emergency Management Agency that put the situation under control. 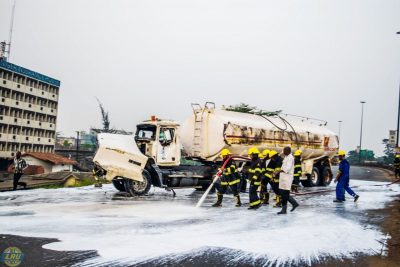 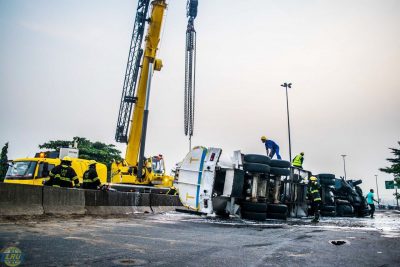 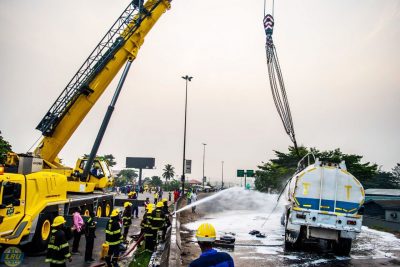