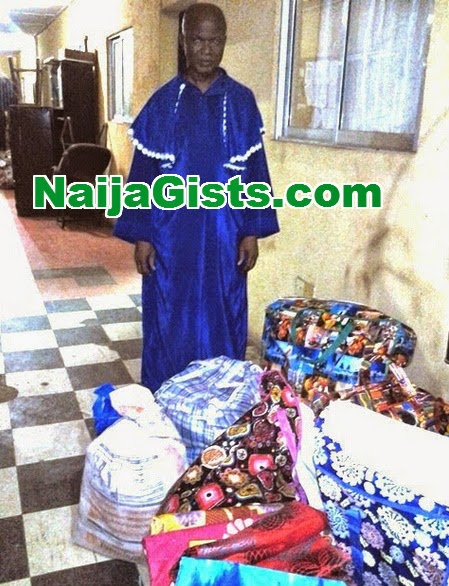 The 60-year-old Prophet was nabbed by NDLEA officials today at the Eternal Sacred church while attempting to export 174kg of Cocaine into South Africa.

He got into trouble after NDLEA intercepted the drug at the cargo section of MMIA while inspecting shipments. 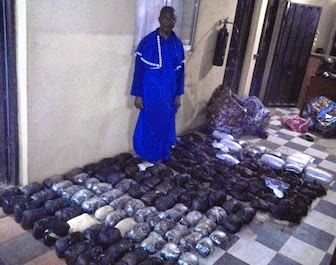 According to the NDLEA, the suspect is an experienced drug dealer operating a syndicate in Ghana, Nigeria and South Africa while using the gospel as cover up.

The anti-drug agency said the suspect has 3 international passports with different names.

One of them bears Michael Raji while the others bear Kadigun Fatah Ola.

He was accused of using the church as a warehouse for cocaine.

The seized drugs hidden in large Ghana must go bags has an estimated street value of N609 million.

NDLEA commander, Hamza Umar who described the suspect as a smooth operator said the address on the shipment was traced to his church premises where he was arrested today.

He told NDLEA that he collected the drugs from a close friend.