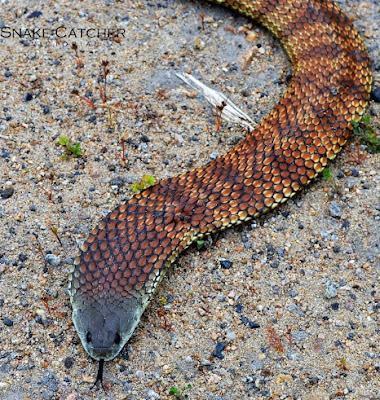 An Australian woman narrowly escaped being bitten by a venomous snake at her home in Frankston, a suburb of Melbourne in Victoria, Australia on Sunday when she suddenly spotted a golden snake wrapped like decoration around her newly setup Christmas tree.

The lucky woman identified as Cheryl immediately called a Snake catcher to get rid of the reptile.

According to Barry Goldsmith, Tiger snake is one of the most dangerous snakes in Australia.

They usually bite their victims to death when provoked. 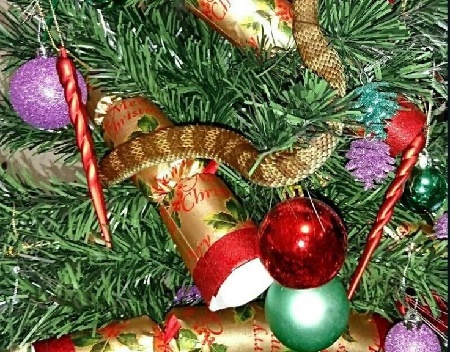 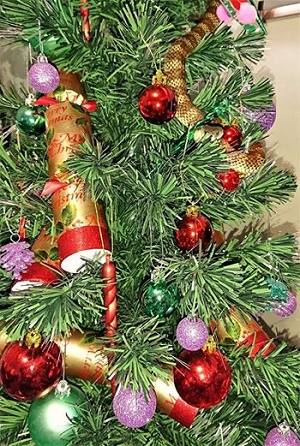 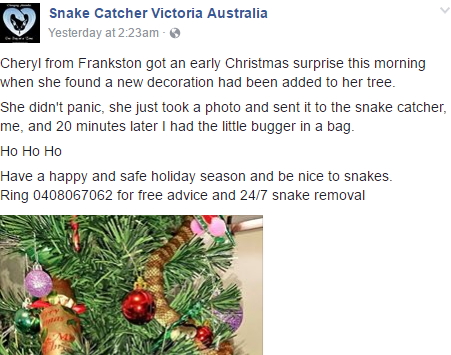 What a narrow escape!