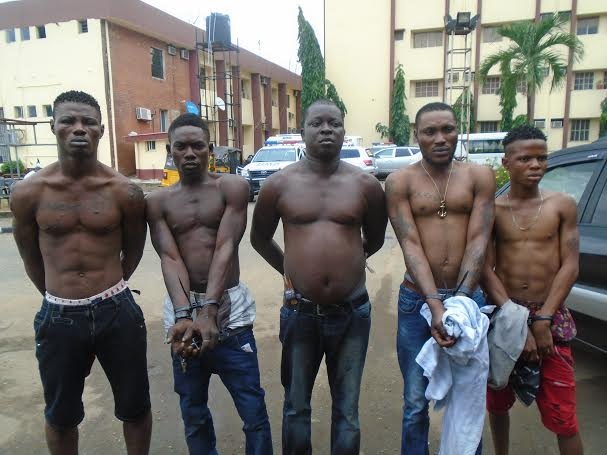 The leader of bloody cult group, Eiye Confraternity was arrested at his mansion in Jakande Estate, Ajah area of Lagos today.

The suspect, 35-year-old Andrew Awalebi who joined cultism in 1996 said no amount of gunshots can penetrate his body.

Several others were picked up at a beer parlour in Surulere area of Lagos around 8am today while two others (30-year-old Adegoke Adeleke and 31-year-old Kehinde Adebogun) were picked up yesterday morning at an hotel in Ikorodu.

The cultists were arrested in connection to robbery attacks carried out at the National Stadium and at Jakande Estate few days ago. 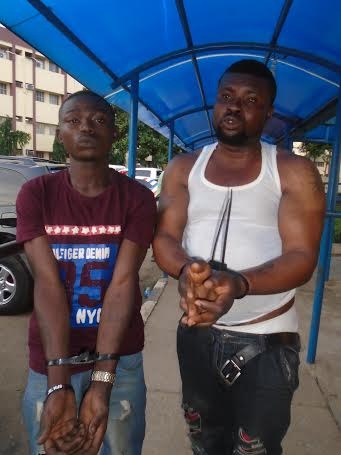 The identities of the other Eiye cult members arrested have been revealed and they are;

The cultists have been transferred to SCID Panti Yaba for criminal prosecution.