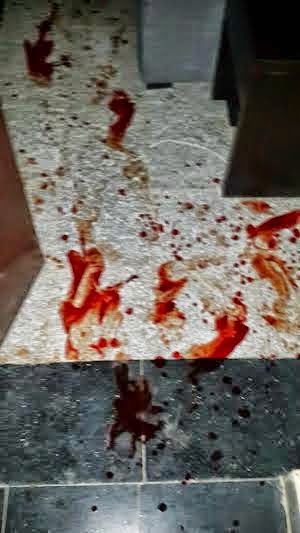 Pictured above is a crime scene inside the home of a young couple based in Isheri area of Lagos who almost killed each other over the weekend.

According to neighbours, the troubled couple married last year in Ibadan Oyo State Nigeria and since then, they have been living like enemies.

Last Friday after a serious argument that resulted in a physical altercation, the wife used a butcher knife to attack her husband.

As we speak, he is clinging to life at LASUTH. Because the victim lost so much blood during the attack, doctors have given him six pints of blood.

Family and friends are demanding for her arrest.

See more photos from the crime scene below 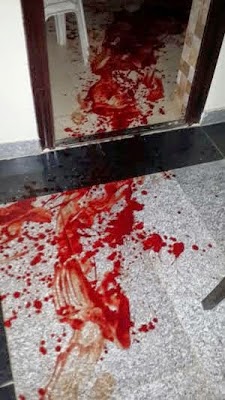 This is too much.

[Note: Photos and names of couple removed by family request]