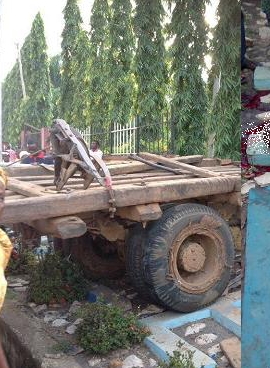 The driver of the faulty trailer pictured above lost control this evening in Isinkan area of Ondo road in Akure.

The trailer later crashed into a school in the area where it crushed the gate man and another man to death.

A lady passing by at the time of the crash lost both of her legs. 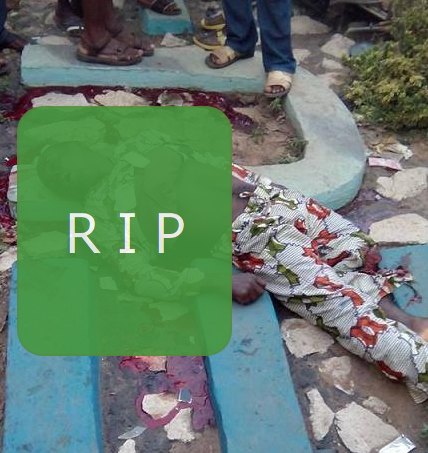 The driver of the vehicle was said to be under the influence of alcohol at the time of his arrest.

He has been taken to a police station in the area.

May the souls of the victims rest in peace (amen).