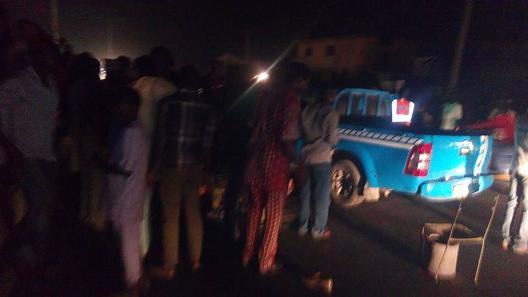 A drunk driver crashed his car at Benjamin Bus stop in Eleyele area of Ibadan on Friday night while returning from a night club.

According to eyewitnesses, the driver died on the spot while his passenger suffered serious injuries.

Pictured below is the lone survivor of the crash being taken to the hospital by the Rapid Response Squad. 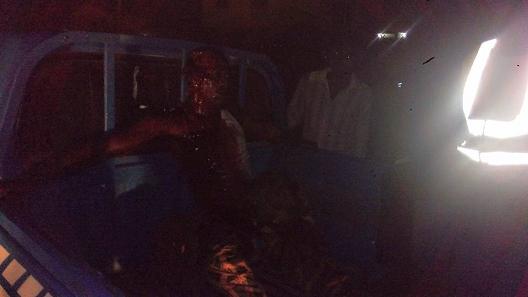