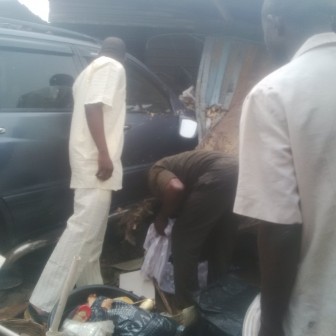 A nervous driver mistakenly took the life of a 10-year-old girl around 2pm today in Lagos.

The incident which happened at Obadare along LASU-Ojo road was caused by the persistent honking of a trailer behind the female driver.

She rammed into the innocent girl while trying to allow the trailer to pass.

Visibly tramautised by the incident, the Toyota Highlander driver was asked to stay aside from the crowd as she continued to shake all over.

Few minutes after the crash, the father of the deceased girl came over to retrieve her crushed body with a wrapper while her mother who came to the scene with a Quran promises not to pursue the female driver for the death of her child.

She said she preferred to return to the mosque for prayers.

See photos from the scene of the incident 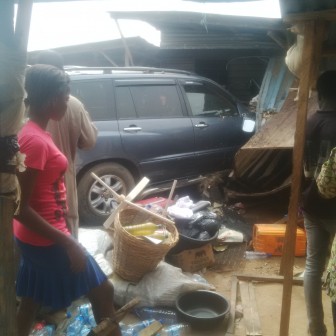 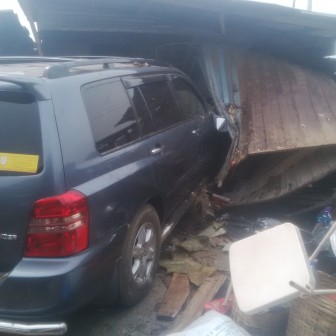