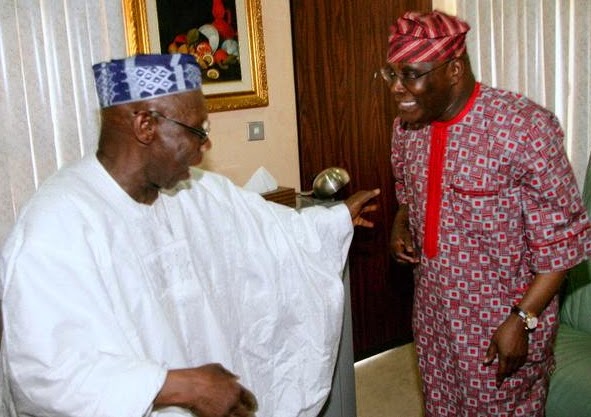 Ex-Nigerian vice president Atiku Abubakar yesterday had a closed-door meeting with his former boss, Olusegun Obasanjo at his hilltop mansion in Abeokuta.

The meeting that lasted for close to 40 minutes was connected to the upcoming elections in 2015.

The National leader of All Progressives Congress, Ashiwaju Bola Tinubu also held a separate meeting with the former President.

Two hours after Tinubu left Obasanjo’s Hilltop Presidential home, Atiku arrived in a convoy and walked quickly into the inner chamber for a meeting that lasted about 40 minutes.

Atiku later emerged in another wing where he had lunch with Obasanjo.

While exiting the building, he granted a quick interview to anxious reporters

“I came to pay my respect to my former boss, President Olusegun Obasanjo and we discussed the state of the nation generally.” – Atiku told reporters.

He also lashed out at PDP for their backward transformation agenda.

“They call themselves transformers while we call ourselves progressives, because transformation goes with progressiveness.

“But their own transformation goes with backwardness. I have said it over and over again because I have visited APC and PDP states, if you go to Sokoto, Lagos, Rivers, Zamfara, Kano, you’ll really see, feel and touch, not what they have told you on the television,” he told reporters.

See more photos from Atiku’s meeting with Obasanjo below 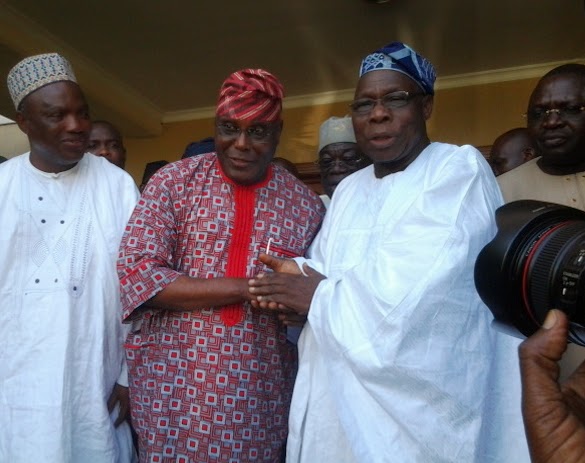 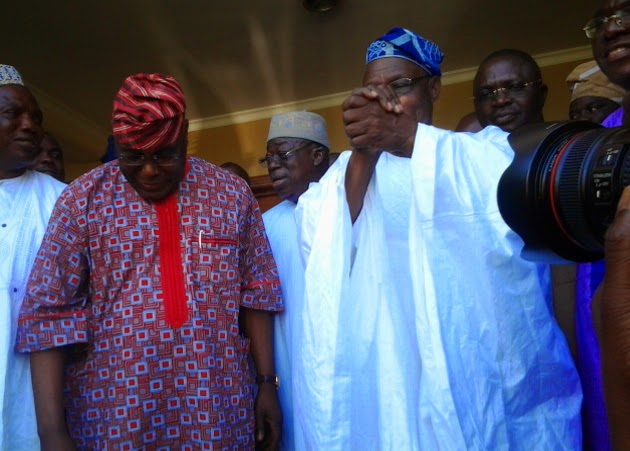 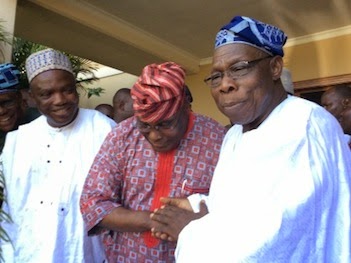