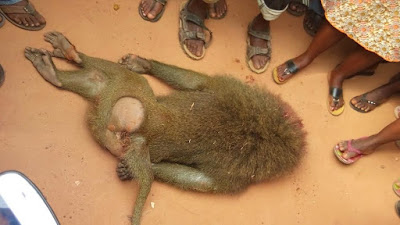 A giant monkey that has been terrorizing residents of Ago Iwoye in Ogun State for over 24 hours has been taken down.

According to residents of Oru village in Ago Iwoye, the monkey which entered the community on Tuesday has destroyed several property including livestock.

A hunter was invited to Oru village to take down the animal this afternoon. 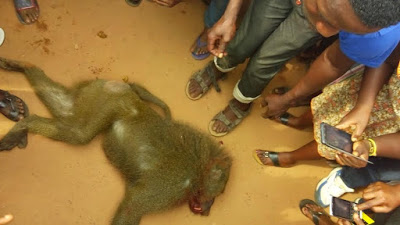 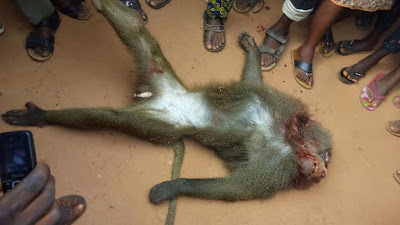 In developed countries, this will be considered as animal cruelty.