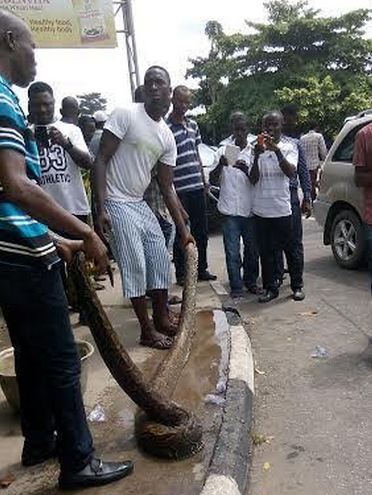 More details have emerged on the big Python snake that was caught and killed yesterday in Opebi area of Ikeja Lagos.

According to a friend of an Indian expatriate who owns the pet snake, the guy has started lamenting over the death of his expensive & exotic pet snake. 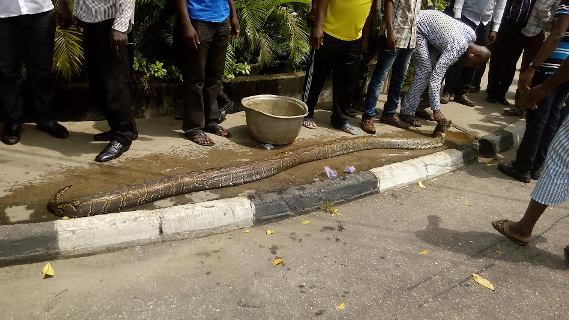 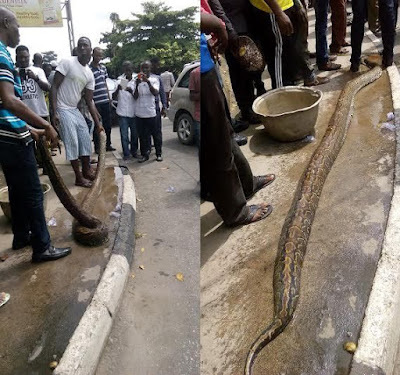 The monster creature reportedly escaped from its cage in the highbrow area of Opebi in Ikeja Lagos into a bus path nearby where some guys killed it yesterday.

The owner is afraid of coming out for the fear of being attacked.

A friend of the owner informed NaijaGists.com earlier today that the owner of the Python actually saw the dead python on his way to work.

His pet has now ended up in the belly of some Lagosians who bought it yesterday.

Hmmm how can someone keep this huge creature at home????