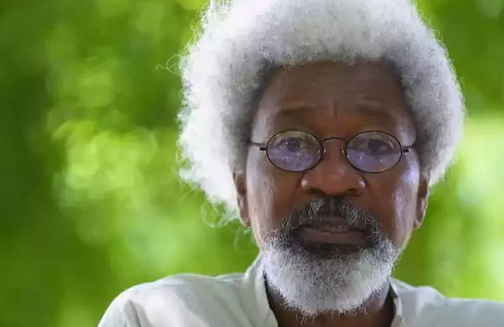 Here is an open letter written by Nobel Laurate Wole Soyinka to the Senate for Democracy day.

Regretfully, I am unable to be with you tomorrow morning. However, I extend a warm embrace to you in your resolve to keep within Nigeria’s short memory the events that have been central to the attainment of our democracy – warts and all – enjoyed today by you and me. June 12 remains the true Democracy Day despite the unprincipled efforts of some prime beneficiaries of that struggle to expunge it from a people’s chronicle.

If I had been able to join you, I would most certainly have asked you for help. It has to do with the nation’s latest alleged legislative stance against sexual abuse – molestation, rape, paedophilia etc etc. I am only a layman, not a “learned brother”, so any help from the learned is earnestly solicited. The question on my mind is this: is that legislative reinforcement not merely a case of rubbing vaseline on leprosy?

In this supposedly progressive bill, sponsored by the respected Senator Chris Anyanwu. I could not help but notice a reiteration – as if to ensure that there is no ambiguity – of the word “child”, near superfluously. Well, we understand “child” as defined in most dictionaries. There is however also child as defined by the Nigerian legislature. This definition is contained in a prior Bill, sponsored, no less, by a notorious serial paedophile and cross-border sex trafficker, yet lawmaker – one Ahmed Yerima.

Does Yerima’s Bill, gleefully assented to by his peers, not simply vitiate this latter, supposedly humane concern for the protection of the child? Again, I confess to being only a ‘bloody layman’ in such matters. However, reading both bills, it strikes me that all the new bill does is empower the clique of paedophiles. All you need do is “marry” even a six-year old under any local laws, and do whatever you want with her. Through marriage, she is already an “adult”. Her “defiler” is now fully protected by this law. She is not. The current Bill is the ancient story of locking the stable door after the horse has bolted. End of story? Yerimah and his fellow perverts are having the last laugh.

This issue of child protection looms large all over the world – including bills passed or under debate. It is one that defines us in our own estimation and in global view as worthy to be counted among humanity, or as the basest kind of living species that exist solely for their sensual gratification, even at the cost of the emotional and physiological well-being of the weak and vulnerable of society. Our lawmakers have betrayed our children.

This latest addition of insult to social injury was tucked within a last-minute avalanche of bills that were passed at lightning speed during the tail-end of the last legislative assemblage – 47 bills in under 3 hours – surely one for the Guinness Book of Records. An accident? Or by design? This bill, subjected to wrong arguments, merely consolidates the reduction of female minors to sex objects. As long as you can afford a bag of rice or – as in the case of cross-border tastes such as Ahmed Yerima’s – ten thousand dollars, you are free to rape a child to death. This, surely cannot pretend to represent the will of a people who care.

Once you re-define female adulthood as marital status, all subsequent protection bills for the girl-child are worthless, cynical.
Neither culture nor religion is at issue here. It is, quite starkly, an issue of science, the science of the human body, one that demonstrably instructs us when the female human body is still at risk from conjugal rites. We should therefore call upon the Medical Association to take the lead on this, a human issue that affects all men and women of conscience. A nation should not be founded on the sexual exploitation of the fragile, and innocent. The debate must remain open.

President Buhari – and here I make my first imposition on his presidency – should never place his assent on such a nefarious distraction. Its implications doom the victim to afflictions that churn the stomach even to think of the human toll. Perhaps those legislators think that vaginal fistula is something thought up arm-chair critics with nothing better to occupy their minds. No matter, let those who profess a genuine concern declare their stand on this. On my part, I find unacceptable any effort to build a nation on perversions that merely minister to man’s sexual appetites. This is a sordid appeasement of a minority who actually require psychiatric help. President Buhari should not give his assent to the Bill without amendments that address the earlier Yerima gift to the nation. It’s a trap!
Let us learn from the heroes of June 12. Few people have done more for the cause of liberation than the Hero of this day. M.K.O.Abiola was an open polygamist. None of his wives was ever found to be below the only age of consent that is now needlessly under contention – the scientific. We cannot substitute science and observation for any spurious alibis that sacrifice the child to private lust!
The debate must remain open until resolved in favour of the child.
–Wole Soyinka