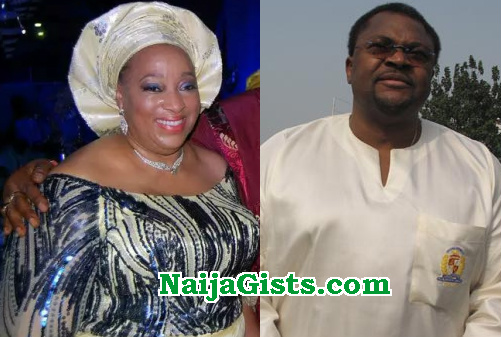 One thing Glo Chairman Otunke Mike Adenuga is known for is that he rarely make public appearance, this part of him has also rubbed off on members of his immediate family, especially his wife, Titi, who is hardly seen at public functions. 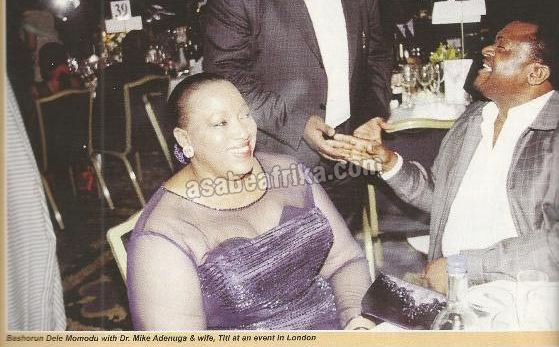 Titi Adenuga recently had to give up on the seemingly standing rule of the Adenugas when she defied her privacy to step out to honour flourishing businessman, Are Onakakanfo of Owu kingdom, Dr. Bolu Olu- Akingbade.

‘Tizzle girl’ as Titi is fondly called by relatives represented her husband, Mike Adenuga at the wedding ceremony between son of Akingbade, Gbademu and granddaughter of late prominent judge, Fatayi Williams, Laureta.

It was no surprise many other attendees were surprised to see the beautiful second wife of the rich Globacom boss in their midst to celebrate with the Akingbades and the Williams’.

The conclusion was simply that Bolu Olu- Akingbade must be so dear to the Adenugas.

90 Gogoro: Rachael Oniga & Others Star In Old School Sitcom
Soyinka Moves Foundation From US, Calls Nigerians Illiterates For Abusing Him Over Green Card