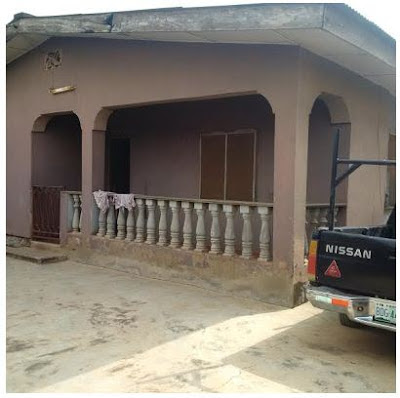 A church founder was today arrested after the shocking discovery of the remains of a woman who died back in 2010.

The nauseating scene was discovered after the landlady’s of the Pastor forced her way into his apartment in a bid to evict him over late payment of rent.

According to the landlady of the house located at Peace Land Estate in Akute area of Ogun state, the Pastor didn’t pay his rent for 12 months and when all efforts to contact him failed, she forced her way into his flat in a bid to evict him only to discover human skeleton inside his room. 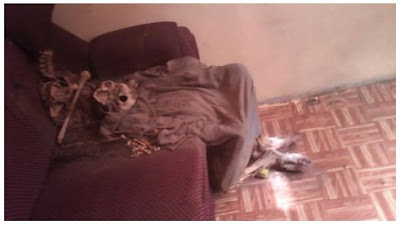 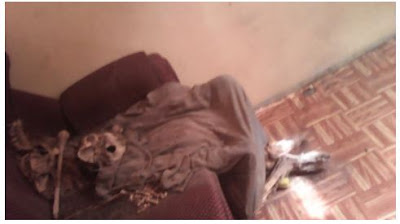 The suspect told police the skeleton belongs to his younger sister Funmi who was reported missing in 2010.

Whenever people ask about her, his response was “She went to pray on the mountain”.

From the look on the above photo, the deceased knelt down at the time of her demise. 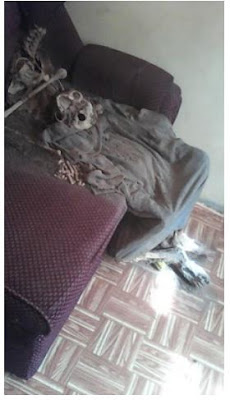 The Pastor is currently being investigated by police.