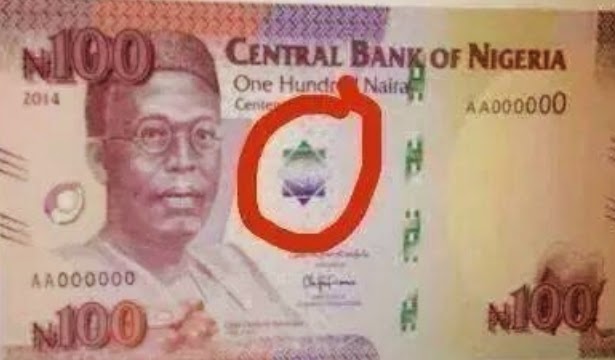 On Wednesday the 12th of November 2014,  the Nigerian Federal Government introduced the new design on the N100 Naira note that will be officially issued on the 19th of December.

However, a group is calling an attention to the occultic symbol that looks like a Jewish Symbol on the new Nigerian Naira note.

In a press statement released by the Director of Muslim Rights Concern (MURIC), Prof Ishaq Akinlolu, the group expressed displeasure over the strange symbol on the note.

“The Federal Government, on November 12, 2014 unveiled the new design for the N100 commemorative centenary banknote which will be officially issued on December 19.

However, the office of the Muslim Rights Concern has been inundated with calls for action on the Jewish symbol on the new note. Nigerian Muslims are complaining that the Arabic writing in Hausa language (the Ajami script) that read ‘Naira Dari’ (i.e. one hundred naira) on the N100 note has been removed and replaced with the Jewish symbol, the Star of David.

As a faith-based human rights organisation which believes in the dialogue option, MURIC is duty bound to articulate the demands of Nigerian Muslims, particularly on matters which have to do with imbalance in treatment of the adherents of the different religions governments (federal or state).

Nigerian Muslims regard the latest action, namely, the supplanting of Arabic with Jewish symbol from the new N100 as a continuation of the campaign of elimination by substitution against Arabic language and, by implication, against Nigerian Muslims.

It is well known that a large section of the Nigerian population use the Arabic Ajami and removing it from the new note will deprive millions of users of the Arabic Ajami of the ability to recognise, identify and use the new currency.

Furthermore, putting the Jewish symbol on the new N100 falls short of international standard, as currencies worldwide are designed to suit each nation’s culture and history.

There is nothing wrong for our president to like Israel as a nation, but it is another thing entirely to openly and brazenly promote Zionism at the highest office in this country when we are still struggling with the last vestiges of colonialism. Nigerian Muslims are becoming increasingly suspicious and very uncomfortable with the actions and inactions of President Jonathan.

Firstly, in spite of the preponderance of Muslims in the South West, he appointed no single Muslim as minister in the whole region for almost four years. Secondly, he marginalised Muslims in the deliberations which took place in the national conference by appointing a meagre 189 Muslims as against 303 Christians.

Thirdly, Mr President saturated the security system in Aso Rock with Israeli security operatives, a nation well known for its animosity towards Muslims. The supplanting of Arabic language with Jewish symbol is the fourth among Jonathan’s anti-Muslim policies.

If once is happenstance, if twice is a coincidence and if the third time is enemy action, what do we call the fourth time? We are sick and tired of our president’s hatred for us. He openly confronts Muslims and goads us to challenge him.

“But we will not be provoked. Neither shall we be intimidated by executive maladministration. As apostles of dialogue and advocates of peaceful coexistence, as tax-payers, voters and citizens of this country, we hereby ask President Jonathan to explain the Jewish symbol on Nigeria’s money. 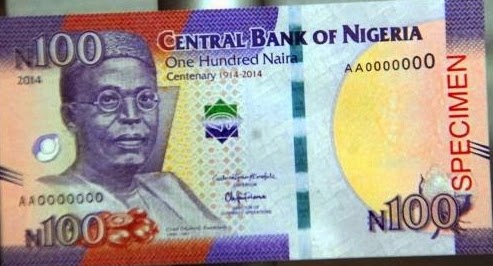 We also demand to know why the presidency could not employ security experts from neutral countries like Britain or France instead of Israel, which is a sworn enemy of Muslims. Mr President may also deem it fit to tell us if there is no correlation between the Israeli security experts in Aso Rock, the Israeli caught with Nigeria’s N9.3 million arms money in South Africa and the Jewish symbol on the new N100 note.

Mr President sir, are you not gradually selling Nigeria to Israel? Are you sure this will not attract the wrath of Israel’s enemies to our dear country? Can this also be partly responsible for the viciousness of the Boko Haram phenomenon?

Many Nigerians believe the symbol has nothing to do with Israel.

Nigerians on the social media are saying that the symbol look like Illuminati pyramid picture on the US dollar. 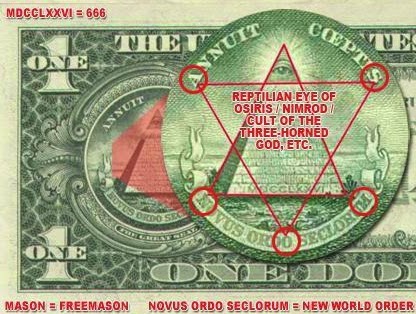