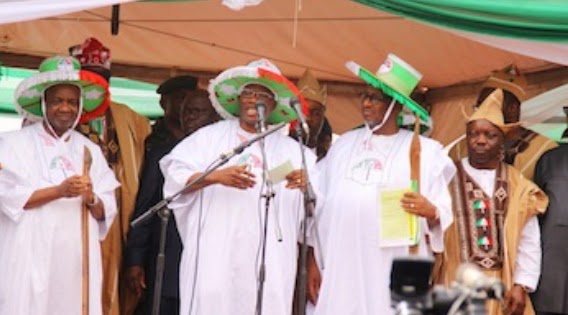 The Oga on top from Abuja on Saturday branched at TB Joshua’s church to pay a condolence to those that died at the guest house that collapsed  last week Friday.

President Jonathan initially came to Lagos for his political rally but used the opportunity to show his support and see the damaged done to the building by himself.

While talking to reporters, Jonathan says his administration will work effectively to combat people selling substandard building material if reelected, he then used the opportunity to encourage Lagosians to vote for him before leaving for his scheduled rally in the company of PDP National Chairman Adamu Mua’zu, Delta State Governor Emmanuel Uduaghan, Cross River State Governor Liyel Imoke and VP Namadi Sambo.

See more photos of Jonathan at TB Joshua’s church below: 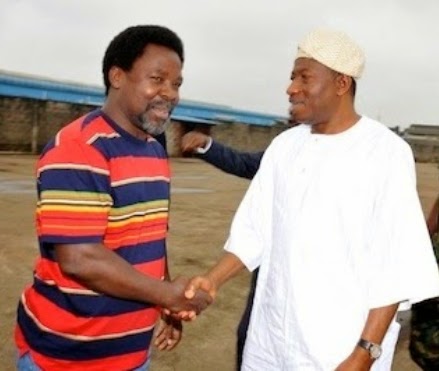 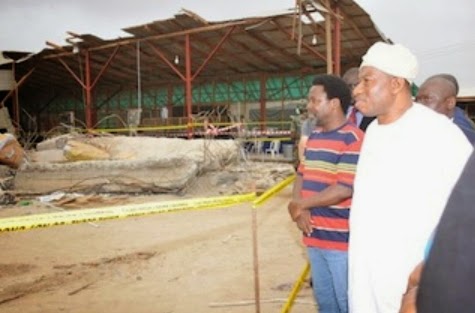 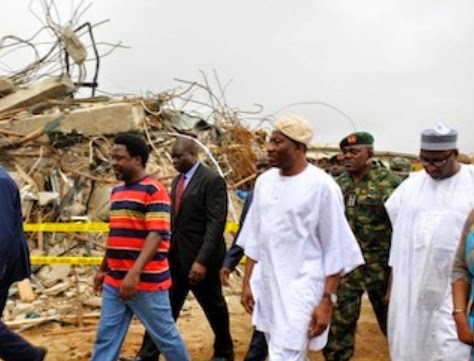 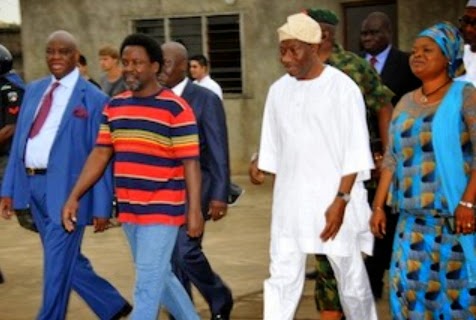