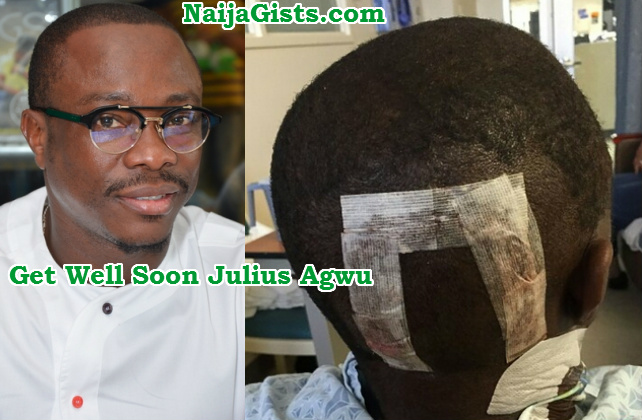 The ace comic star who has been off the scene for some weeks now underwent a life saving surgery in Houston Texas back in May after he suffered seizure at his home in Lekki Lagos.

It was the bravery and timely intervention of his wife, Ibiere that saved him.

Unaware of the growing tumours in his brain, the comedian went about his usual business looking frail and losing weight rapidly.

On the fateful day, he was getting ready to step out to an event when he suddenly had seizure but his brave wife, quickly put her finger in between his teeth.

She then called their maid and gateman who assisted in taking Mr Agwu to a private clinic in Lekki.

The doctors on duty worked tirelessly to resuscitate him.

When his condition was stable, he was quickly airlifted to Park Plaza Hospital in Houston Texas where doctors discovered 2 large tumours on his brain.

After a 4-hour operation on Tuesday the 12th of May 2015, the lumps were removed at the aforementioned hospital in Houston Texas.

He was discharged few days later. Julius Agwu rested in the US for some weeks before returning home recently.

Julius Agwu told YES Magazine he was busy thinking about his wife and children during his down time.

“Onyeoma, I no go lie to you, na dem I just dey think about. It’s God at work. I want to thank everybody who supported me in one way or the other. Those that were praying for me and all that. I’m planning a thanksgiving where I will still tell the full story. But for now, I just want to thank God and my wife. Onyeoma! My wife tried.

The comedian is busy working on the 10th year anniversary of his annual Crack Ya Ribs comedy show in London.

See more photos of Julius Agwu after the surgery 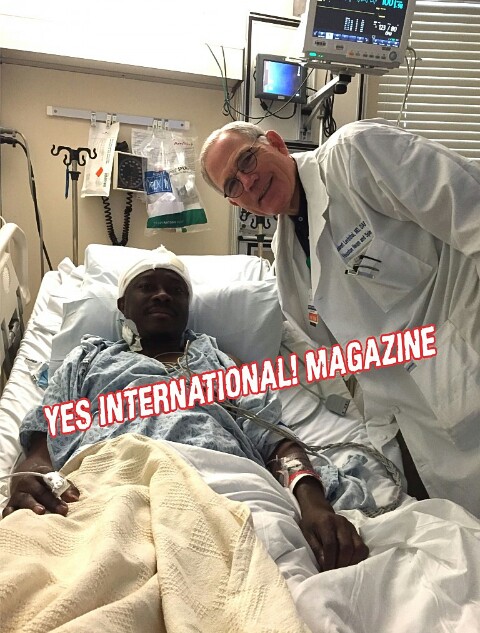 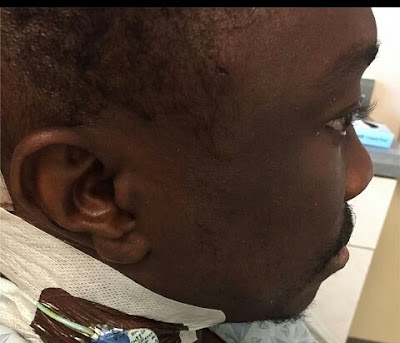