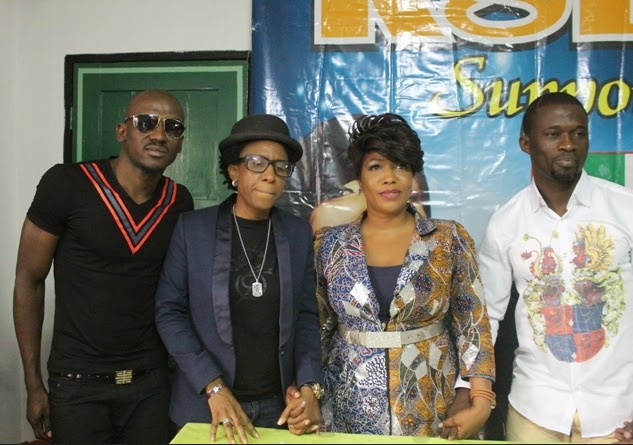 Copyright Society of Nigeria (COSON) has announced that it is throwing its weight solidly behind the aspiration of its frontline member, Kenny St. Best (KSB) as she vies for a seat in the Lagos State House of Assembly to represent Ikeja 1 Constituency under the All Progressives Congress. This was made known at a heavily attended press conference held at the society’s head office in the Opebi area of Lagos early in the week.

Speaking at the event, COSON Chairman, Chief Tony Okoroji said that he wanted to make it clear that COSON does not support any particular political party as its members all over the country can be found in APGA, APC, Labour Party, PDP, etc. He said however that COSON is fully supporting those candidates who regardless of party show that they are conscious of the desires and aspirations of the Nigerian creative community and are poised to make policies that will harness the limitless creative potentials of Nigerians. He said that such persons will work with the creative community and deploy the nation’s overwhelming comparative advantage in music, movies, broadcast content, fashion, etc to build a robust economy in which the Nigerian youth can comfortably find jobs and find fulfillment.

Said Chief Okoroji, “with the rebasing of the Nigerian economy, it has finally been acknowledged that entertainment is adding meaningfully to Nigeria’s GDP. What we have seen so far however is the tip of the ice berg. One of our key objectives is to make Lagos the entertainment capital of Africa with a bustling 24 hour a day economy with active nightclubs, restaurants, concert venues, carnivals, production centers, fashion shows, gaming establishments, etc. This will fuel a travel and tourism boom never seen in this region and create enormous jobs and wealth for our citizens. 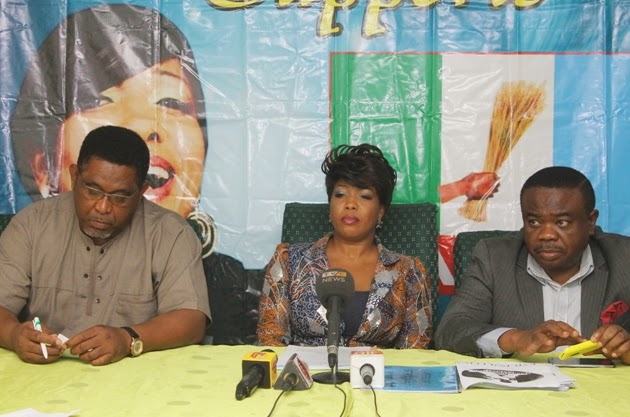 ‘’That is why I wish to make it clear that COSON is fully supporting the candidacy of Desmond Eliot, 9ice, Tony Tetuila, Kate Henshaw, Bob Manuel Udokwu, Julius Agwu and others with entertainment backgrounds. They understand our aspirations for the Nigerian nation and speak our language. They will join the likes of Richard Mofe Damijo and Tony One Week who have served in political positions without blemish’.

According to the former President of PMAN, COSON is endorsing the candidature of KSB ‘because she is insistent, consistent, resilient, committed and passionate. KSB has three solid academic degrees. She has substantial management experience. She is determined to create a better tomorrow for Nigerian youth. I have worked with her. She is someone who will not let you down. Whatever she believes in she stays with. She and the others I have mentioned are not running on their own. They are representing a very large interest group with a strong voice. We hope that each of the political parties will treat each of these representatives of the creative community with the respect we deserve’ 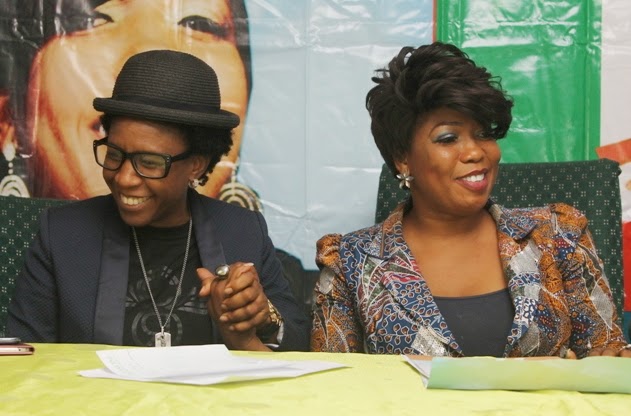 Also speaking at the event, frontline actor and broadcaster, Mr. Patrick Doyle said, ‘’we are supporting our colleagues in the industry irrespective of the political party they belong to. Today, we are here to publicly endorse our sister and colleague, Kenny St. Best popularly known as KSB as she is set to contest the 2015 polls. I have personally known KSB for years and I can confidently tell you that she is a woman of great convictions. She is a woman who sees to the fulfillment of her words. What better character do we need in political offices than one whose words you can take to the bank?” 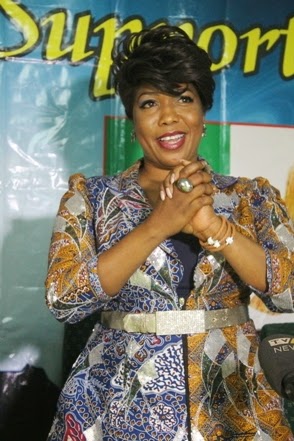 Highlighting her plans for her constituency, KSB noted that during her tenure she will work tirelessly to ensure that the dream of Lagos State becoming the entertainment capital of Africa materializes. She stated that she will also work hard to address issues concerning women, children, education and the less privileged.

Speaking during the conference, female rapper, Weird MC commended KSB on the bold step she has taken, saying, “KSB is a sister and a friend and I am proud of the decision she has taken to be an agent of change. I am confident that she will deliver on all she has mapped out to do and I wish her the very best in her political endeavour’’. At the conference jammed with virtually all the major news organizations in the country, KSB also received the endorsement of several artistes including Fuji music sensation, Malaika and Kennis Music star, Joe El.