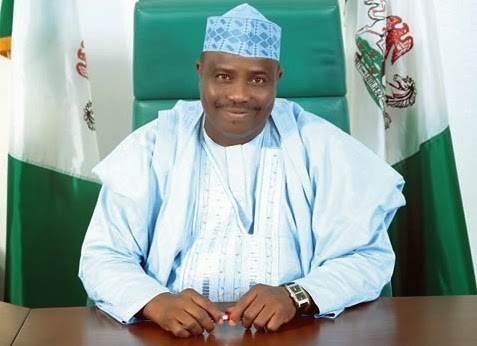 Oct 29, 2014 – House Speaker Tambuwal’s Defection To APC: Between The Devil & The Deep Blue Sea By Jari

It was not a surprising story when I heard that the current Speaker of the House of representatives has defected from the ruling PDP to the opposition party of APC.

Speaker Tambuwal been a lawyer is undoubtedly aware of the provisions of the law and has been smart on how to maintain his positions. Looking at the way he emerges Speaker of the House, one will understand that he is enjoying the support House members.

Tambuwal also has  an existing enmity with the leadership of his former party. He was even in the APCs constitutional rally in Abuja on the 29th of October.

He promises his support and pledge loyalty to the party.

Here is my point, someone should please tell Tambuwal to exercise caution in his new party. Just like Nuhu Ribadu who defected from the opposition party to the ruling party but couldn’t get their support to emerge as their candidate.

Politicians can never be trusted. What if Tambuwal couldn’t secure the candidacy of the APC?

Will he stay in the party or return to his vomit?

To Have Your Say On NaijaGists.com, Please Send Us An Email At epalava@gmail.com