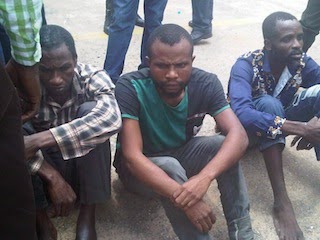 The suspected leader of a robbery gang, Chief Jude Dike, has been arrested by the police and paraded along with six other suspected members of his gang in Lagos, western Nigeria.

The 55-year old Dike, who resides in Ajegunle area of the state, was paraded along with his gang after men of the Special Anti-Robbery Squad, SARS, arrested them. 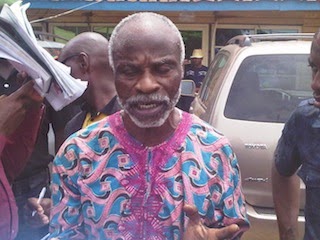 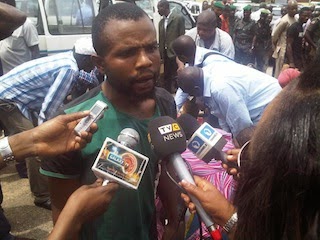 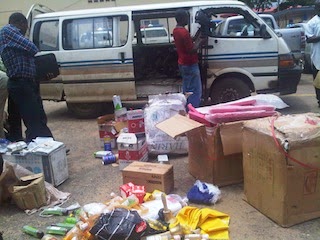 The police alleged that Dike sponsors robbers by providing arms for them for operation and he sells the proceeds from the robbery operations to businessmen.

Dike confessed that he actually arms robbers for robbery operation and thereafter contacts his agent to buy the stolen goods.

He also confessed that he joined the business by accident and because it is lucrative, he stayed put until he was arrested.

While parading them on Tuesday, the State Commissioner of Police, Cornelius Aderanti, said on 20 September information got to him that some armed robbers who had earlier snatched a Toyota Hiace bus around Ebute Metta were planning another operation.

On his instruction, SARS led a decoy team to the area which led to the arrest of the suspects and recovery of the Toyota containing engines female bags, shoes and motor gear.

Also, a Barretta pistol with serial number P17531 and ammunition were recovered from the suspects.

After the alleged goods receiver, Leonard Afoaku, a businessman, was arrested, some goods were recovered from him.