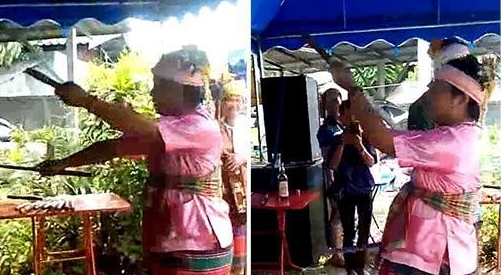 April 28, 2017 –  Magician Accidentally Stabs Himself To Death In Thailand While Performing Traditional Dance, Ritual In Front Of Spectators

A 25-year-old super human as he is fondly called has committed suicide in Northern Thailand while entertaining a huge crowd.

Theprit Palee died Wednesday afternoon while performing a folk ritual to invoke the spirits of his ancestors yearly however, his ancestors refused to answer this time around.

The folk ritual involves placing his sword on his chest while invoking the spirits of his ancestors to break the sword however instead of breaking, the sword went straight into his rib cage. 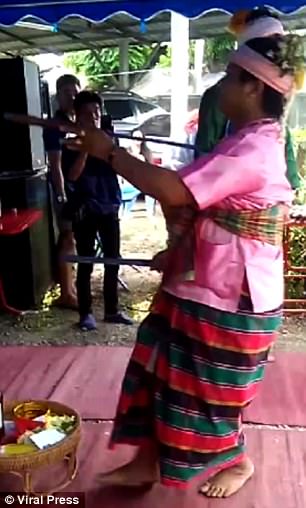 He slumped and died on the spot. 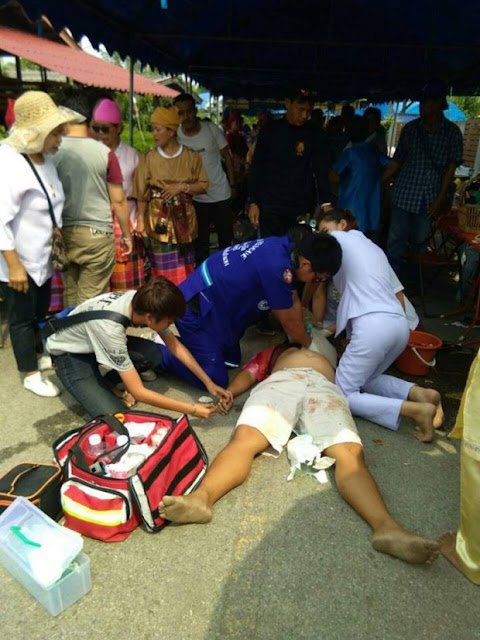 All attempts made by his spectators to revive him failed as the poisoned sword broke his rib cage making him go fatally limp.

Continue Reading
You may also like...
Related Topics:kill, magician, self, sword