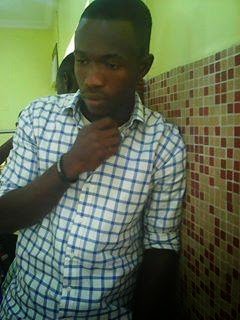 According to eyewitness account, the deceased is known to neighbours as a friend of the man’s daughter. A neighbour, speaking on condition of anonymity, said Elewana is a very dangerous man who in recent years have shot two other people to death.

According to him: “The girl’s father had warned the small boy not to come near the daughter again. That is what we were made to understand, but the two of them could not leave themselves and we hear that it is because of that that the man decided to kill the boy.

“On that fateful evening, we saw the man running after the boy, who was panting and running, but the man caught up with him around the basin authority gate in front of security personnel attached to the estate shooting him in the process. After shooting him, he dragged him into his car and drove off. 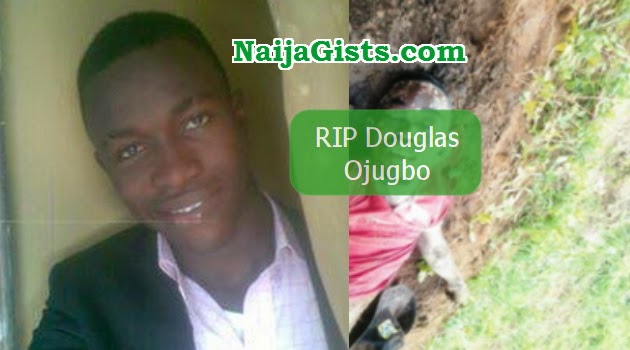 All of us were running for our dear lives because like I said that man is dangerous and everyone around know him for that.” According to our investigation, Elewana shot Douglas in the arm and later gave him another shot in the leg and allowed the boy to bleed to death after bundling him into the car and drove the corpse to the Federal Housing Police station in Calabar.

Authorities in the Federal Housing Police Station in Calabar were reluctant to speak on the issue, claiming that it has shaken the police personnel in the station terribly. A police officer in the station said they cannot say exactly what transpired between the DPO and Elewana when the DPO ordered that the corpse of 22-year-old Douglas, which was driven into the station by Elewana around to 5pm, be buried in a hurry by 8pm at Goldie Cementry without any autopsy or investigation and without verifying with the parents of the deceased.

According to a close family member: “It was on the March 12, 2015, after frantic search by parents and family members that Douglas parents got wind that their son had been shot and driven to the Federal Housing Police Station. On getting to the police station, the bereaved parents were not only shocked to hear their son’s corpse has been buried without their consent, the DPO also coerced the father into signing an undertaking not to let anybody hear what happened nor make any complaint to any authority whatsoever.

“But the bereaved father, Oga Augustine Ojugbo, a lawyer with Kanu G. Agabi & Associates, said he later found that absurd and has now petitioned the Assistant Inspector General of Police in charge of Zone 6, Calabar and the National Human Rights Commission to investigate the cause of his son’s death and bring those who killed the son to justice.

In his petition written, Barrister Ojugbo refuted claims that the son was having an affair with Elewana’s daughter. He said the son had sold his mini laptop to Elewana’s daughter who made part payment and it was the balance the son went to collect when he met his untimely death. The petition said: “The late Mr. Douglas Oga Augustine Ojugbo is my son, he is 22 years old. Sometimes this year, my son sold his used mini laptop to the daughter of Mr. Elewana Godwin who leaves with him at his River Basin Authority home.

Mr. Elewana’s daughter (name is unknown to me at the moment), made a part payment of the agreed sum leaving balance. “My son in a bid to collect or recover the balance of his money has been visiting the home of Mr. Elewana until he ran into Mr. Elewana on his previous visits. Mr. Elewana not pleased with the boy’s presence inquired or demanded to know what he was doing in his house.

My son tried to explain to Mr. Elewana of his transaction with his daughter. Mr. Elewana without any effort to verify the boy’s story asked him to leave his house and warned him never to visit his house again. “My son was about leaving when Mr. Elewana’s daughter cornered him and asked him to come on the 10th of March and collect the balance of his money. On that faithful day, 10th of March, 2015 my son went to Mr. Elewana’s house hoping to see his daughter as they agreed but unfortunately he saw Mr. Elewana. “Mr. Elewana upon sighting Douglas, my son ran into his room and fetched his gun, late Douglas my son upon sighting Mr. Elewana with a gun took to his heels to save his life.

However, Mr. Elewana having made up his mind to kill my son, pursued him until he caught up with late Douglas at the gate of Basin Authority, a distance of a kilometer from his house where he shot my son first on the leg as a result of which the late Douglas fell down and to accomplish his goal, Mr. Elewana shot him the second time on the arm to make sure that my son is dead. “Furthermore, Mr. Elewana haven accomplished his goal bundled the body of the late Douglas into his car and took same to the Divisional Police Officer, DPO Federal Housing Police station. Mr. Elewana Godwin conspired with the DPO Federal Housing Police station, Calabar Supol Mike Ezenwenrem to get rid of the body of Mr. Douglas in order to conceal his death.

In furtherance of this agreement the Divisional Police Officer Federal Housing police station and Mr. Elewana hurriedly went and buried the body of the late Douglas in the night of 10th March at the Goldie cemetery, Calabar. “ Barrister Ojugbo added that the action of the DPO has cast aspersions on the integrity of the police officer and left one in utter astonishment as to what must have motivated the DPO to lean towards abating such heinous crime. He added: “It is my opinion that this callous act of murder and hurried burial cannot be swept under the carpet in other not to allow or encourage other blood thirsty vampires’ feast on innocent souls.

“I strongly believe that the Commission is the proper body I should complain to. I therefore call on the Commission to take whatever action within the confines of the law with the view of ensuring that justice is not only done but seen to be done to my family”.

The DPO of the federal housing police station has continued to shield Elewana from arrest and the alleged murderer still walks free in Cross River State.

[Reported By The Eagle]