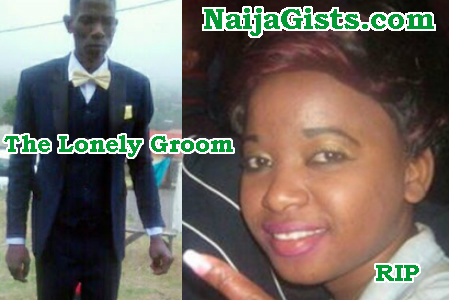 A very frustrated man was left with no option than to marry himself when his bride suddenly collapsed and died an hour to their wedding in Durban South Africa over the weekend.

Fana Maphumulo, 43, had been planning to marry the mother of his four kids, 42-year-old Nana Mkhize for the past 20 years only for her to collapse and die on their wedding day.

A week to the wedding, the bride reportedly dreamt that she died mysteriously on their wedding however, the couple didn’t pay much attention to the evil dream.

Sadly, the dream became a reality when Nana passed away an hour before her wedding ceremony. 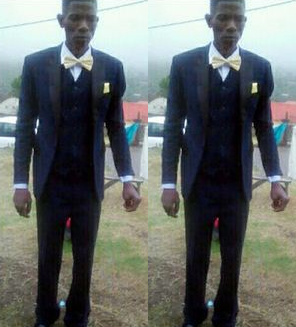 Guests who came to the beautifully decorated wedding venue in Durban were moved to tears when Fana told the pastor to pray as he placed both rings on his finger on Saturday the 5th of November 2016.