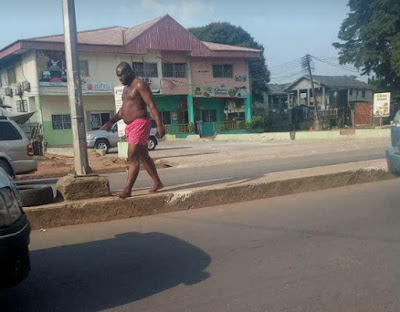 Photos of a young man who suddenly became insane in the early hours of today Wednesday the 6th of December 2017 in the capital city of Imo state is trending online. 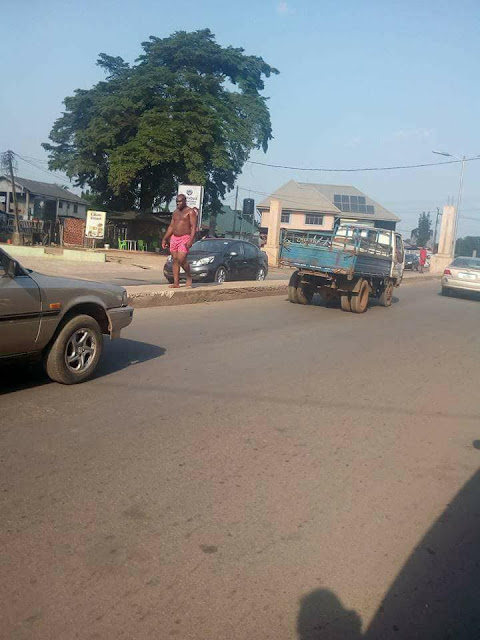 According to a young member of the PDP party in Imo State, Henry Nnamdi, the unidentified young man suspected to be a “Yahoo Plus” boy ran mad along MCC – Uratta Road by Wethral Road in Owerri today. 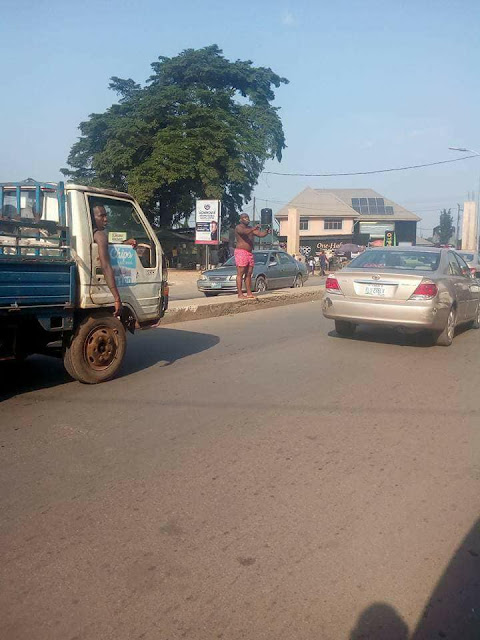 He took to Facebook about 4 hours ago to break the news. 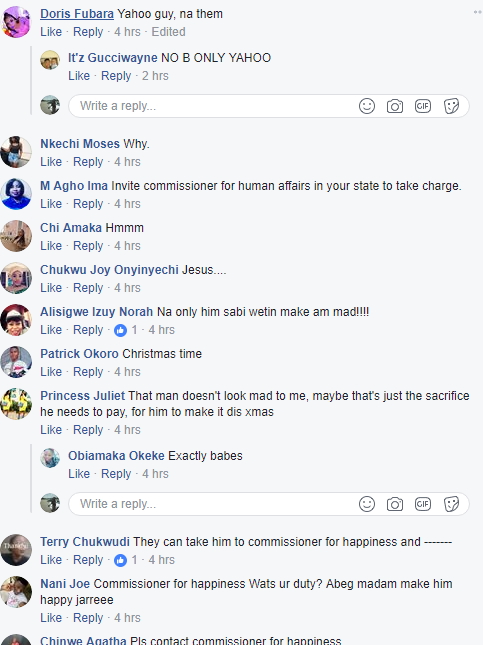 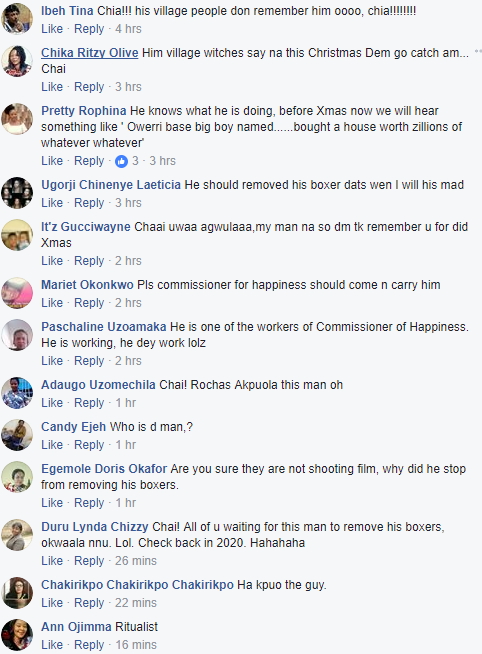