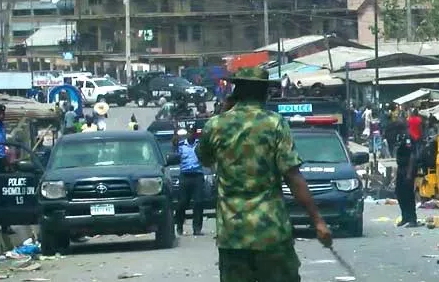 The lives of residents of Ilorin and its environs is in jeopardy as suspected ritualists have doubled up on their activities around the town in the ember months.

According to the Kwara House Of Assembly speaker, the high rate of exhumation of dead bodies and ritual killings in Ilorin is worrisome.

Hon. Ali Ahmed today lamented that the high rate of ritual related murder in the town is an embarrassment to every indigene of Ilorin.

He vowed to prevail on his colleagues to find a way to put an end to the crime.

He added that he will ensure a bill to curb such act is presented to the Kwara State House Of Assembly.