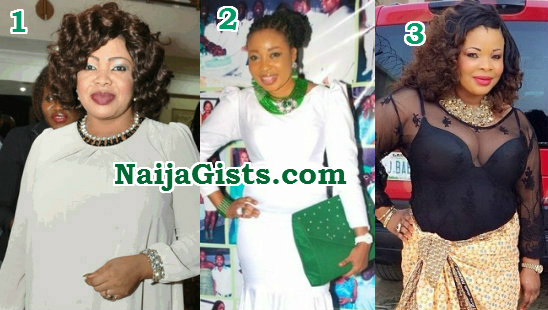 1. Jennifer Eliogu: After several years of no show in Nollywood, Jennifer Eliogu discovered her true passion and emerged a strong soul singer. The actress said singing was her first love.

2. Liz Anjorin: The single mother of one has been able to showcase her talents as a woman of many parts; acting, as an enterpreneur, and as a musician.. She recently featured budding rapper Jhybo in her single titled Orombo.

3. Dayo Amusa: In the past, multi-talented, award winning Actress/Musician, Dayo Amusa has proven to be a jack of all trade. She has won different awards and her recent singles Blow My Mind and Aye Mi, are reported to be enjoying massive airplay. Her music name is Adufe. 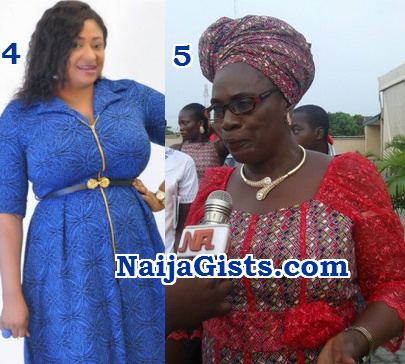 4. Ronke Ojo Oshodi-Oke: As an actress, Ronke is known for her comic gimmick in movies. The mother of two has also joined her colleagues who hold a desire to excel in the music scene. According to reports, Ronke Oshodi-Oke’s musical career began in 2014, the same year she launched her debut album with a single titled Ori Mi featuring 9ice. She has collaborated with musicians like Pasuma and Oritsefemi.

5. Iya Rainbow: Yoruba movie veteran, Idowu Philips, popularly known as Iya Rainbow has joined the growing number of thespians trying to break the boundaries of their creativity by singing. She recently released a gospel track titled Ore Ofe from her forthcoming gospel album. The new single features popular Fuji star, Wasiu Alabi a.k.a Pasuma. The thespian reveals that she has a full gospel album recorded and ready for release. The album, which recorded with the Fuji musician, talks about how God is a politician. Though the name of the album is yet to be released, the actress will be dishing out singles off the album before the proper launching. Iya Rainbow is said to have began her acting career in 1986 and is believed to have acted in over 500 Yoruba films since then.

Other Nollywood actresses who have delved into music include Omotola Jalade and Tonto Dikeh.