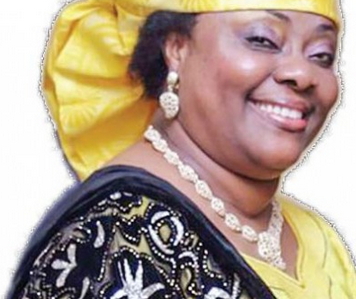 While Mrs. Charity Nwaoha’s lifeless body is lying stone cold in a mortuary, the peo­ple she left behind; her hus­band and relations are going for each other’s throat.

Her relations are accusing her husband, Mr. Amaechi Nwaoha of being responsible for her death, a charge he denied. He said that he loved his wife of 18 years and could not have had a hand in her death.

She was a staffer of the defunct Nigeria- Arab Bank, and resigned in 2003, when she delved into business until her death.

For 18 years, they were living together while Amaechi did not pay the bride price or performed any traditional marriage rite, until 2012, when they formalised the relationship at a local government marriage registry.

According to him, when Amaechi saw that Charity was making a huge success in her business after she left banking job, he shielded her from her relations, who found it hard having access to her.

Emmanuel said that at about 10.15 am, last July 29, his phone rang and he picked it, the caller said he was Amaechi, his brother-in-law.

“I said, Amaechi, I hope heaven is not falling for you to remember that somebody like me existed.”

Emmanuel said he made that comment be­cause for a very long time he had not called him nor any member of their family.

Emmanuel said, Amaechi dropped the bombshell, and said: “I just want to tell you that your sister is dead.”

“I berated him, and asked him, so you are so foolish that you have to break such news in that uncivilised manner, couldn’t you have applied courtesy in breaking such news?

“I told him that he has finally executed his plans of eliminating her. ”

Continuing, Emmanuel said: “Amaechi told him that Charity woke up in the morn­ing and after her breakfast, she went back to the bedroom, while he was in the living room with a visitor, called Tunde. After a while, he heard her screaming, and rushed into the room, and noticed that she was breathing heavily. According to him, he called Tunde to assist him take her to their car, and they went to the clinic.

“At the clinic, the doctor said she had high blood pressure (HBP), and she was adminis­tered with valium injection, and from there she became unconscious. She was pregnant.

“As at the time he called me to break that news, my sister was not yet dead, she was unconscious, and from that time, Amaechi refused to pick my calls. I called one of our relations, Sister Rose Edematie, who lives in Lagos to intimate her of what was going on, she told me that Amaechi had called her and she was on her way to the clinic. She got there at about 12pm. I called her to give me situation report, and she told me that there was still a little life left in her, and I asked her to give Amaechi her phone since he was no longer picking my calls, and she did.

“ I told Amaechi to rush her to Isolo Gen­eral Hospital, where proper medical attention would be given to her. He told me that my sister wouldn’t want to go to any other hos­pital; that it is the clinic she always wanted to attend wherever she was sick. I asked him, how could somebody who was unconscious determine the hospital she should be taken to, yet he refused to take her to the general hospital at Isolo. Even when the proprietress of the clinic advised him to do that, he said there was no car, even it was Charity’s Maz­da MPV wagon car he used to bring her to the clinic. Finally, she gave up the ghost be­fore 1pm.

“While she was not yet dead, the husband had already started making arrangement for motor hearse to take her corpse home. The vehicle, I learnt, arrived at about 1.30 pm, to convey her corpse home. I warned him not to try that, but he should deposit it at the Isolo General Hospital Mortuary, until I come the following day.

While her corpse was in the vehicle, head­ed for the mortuary, as part of his plans, he told Sister Rose to join another vehicle that was also accompanying them to the mortu­ary.

“ On their way, the driver of the vehicle carrying our relation delayed so much on the way and by the time they got to the mortuary, the motor hearse driver had procured death certificate and doctor’s report and they left for Umuahia, Abia State that evening with the corpse.

“I arrived Lagos from Abuja, the fol­lowing day, being July 30. Surprisingly, he picked my call, and by then he had deposited Charity’s corpse at a mortuary in his village, and he told me that he would return on Sun­day, August 2.

“Equally, Sister Rose and I went to the clinic where she died. The proprietress told us that when my sister’s condition became critical, they told her husband to take her to the general hospital, but he was giving one flimsy excuse or the other until she passed on.

“So, when Amaechi returned, we went to his house several times and didn’t see him. Even he refused to keep appointment and was avoiding us.

“On August 5, we went and reported the matter at Isheri-Osun police division, and the following day, the matter was transferred to the Special Criminal Investigation Bu­reau, Panti, Yaba.

“The officer in charge of homicide at Pan­ti was very furious with the shady manner the police from Isheri-Osun presented the matter. The case file was empty. They asked the Investigating Police Officer (IPO) for the doctor’s report, the death certificate and the photograph of the deceased. None of these was in the file. They asked them to go back and produce these necessary documents.

“Amaechi has not even done the intro­duction, which is a prelude to other tradi­tional marriage rites but about three years ago, we heard they had gone to a mar­riage registry.”

Emmanuel said Amaechi allegedly killed her in order to convert her prop­erty.

“She has three houses at Ijegun and some plots of land. When we were calling Amaechi for a meet­ing, he said we are coming for our sister’s property and stressed that nothing shall get to us. We are not even thinking in that direction. We just wanted an explanation over our sister’s death.”