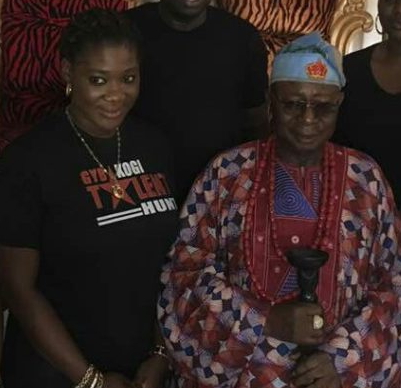 The Senior Special Assistant to Kogi State Governor on Entertainments, Arts and Culture, Mercy Johnson Okojie, who launched a talent hunt for the youths of Kogi state on 17thof August, has been described as a rare gem to the people of the state.

The Obadofin of Owe Land and the paramount ruler of the Okun people, HRH Oba Michael Yusuf made the remark when he received the Veteran Actress and her team in Kabba, Kogi state.

The Mercy Johnson-Okojie led team was in the palace of the Oba, to inform him of the talent hunt being conducted across the state, and also to seek his blessings and support for the project.

The monarch eulogized the human development project that the Mercy Johnson-led team has embarked on, describing it as a work of prosperity. “You are doing a work of prosperity by taking the youths out of the streets. This is a chance to right the wrongs. You will never regret coming to Kabba.” the monarch said, while addressing the team. 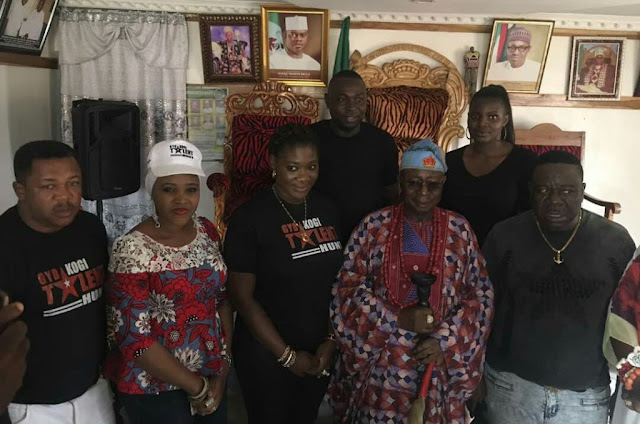 Still speaking, Oba Michael said, “I know you are going to discover talents, and I assure you that you are in safe hands. Your people can also come here to shoot films because we have so many hills here, like Obangogo. We do not play with women, and we have regards for you.

While speaking, the actress thanked the monarch for his blessings, promising not to let the state down.

She also urged the people to cooperate with the Governor of the state, Alh Yahaya Bello in delivering the dividends of democracy.

The “GYBTalentHunt” which began on Thursday 17th August, 2017 and ends today, 21st August has been held across the major districts of the state.