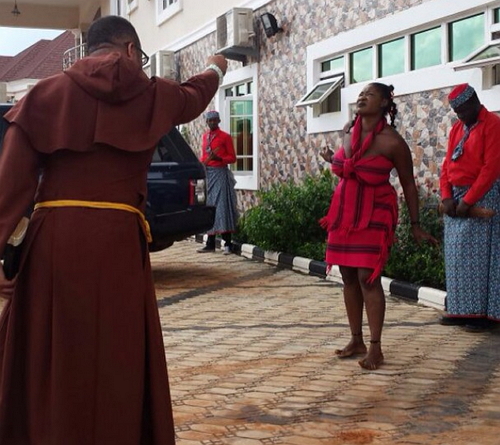 Nollywood actress Mercy Johnson is currently on the set of a new movie titled Moon Maid where she played the role of a demonic possessed maid.

Her colleague, Mike Ezuruonye played the role of a priest who performed deliverance for her.

It is being produced by Solomon Apete. Nuella Njubigbo’s hubby, Tchidi Chikere is the director.

See first photos from the production set below: 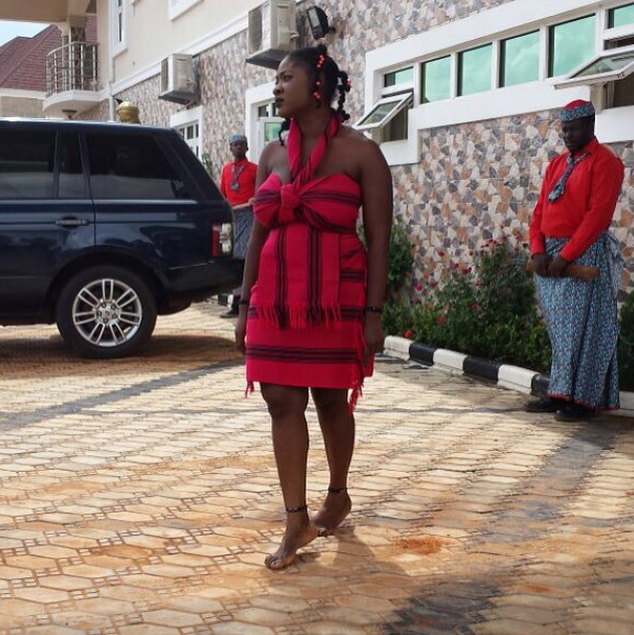 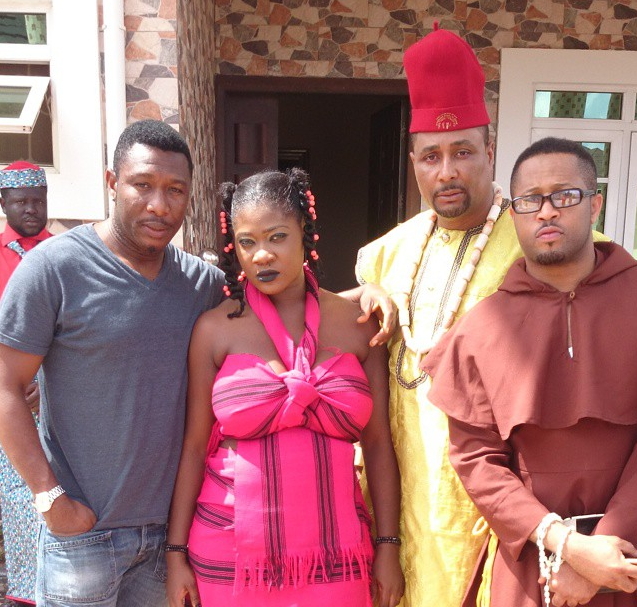 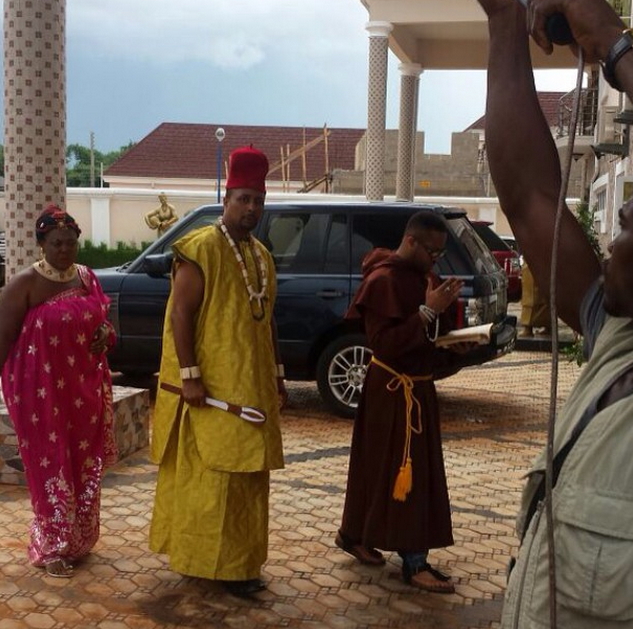