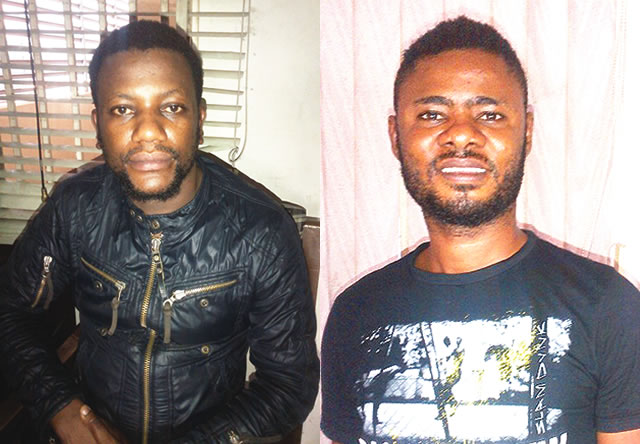 Oct 20, 2016 – Pictures: NDLEA Seizes N175Million Worth Of Hard Currencies From Suspected Drug Traffickers, Nigerians Based In Greece & Austria On Their Arrival In Lagos

2 suspected drug pushers were arrested yesterday on their arrival to Nigeria from overseas.

The suspects, Hallowell Lovely and Edos Nicholas were nabbed during the screening of passengers on board a Turkish flight that arrived Murtala Muhammed Int’l Airport yesterday.

The 2nd suspect, Lovely said he works in an African shop in Athens Greece. He claimed that the money recovered from him belongs to his friends and many other people.