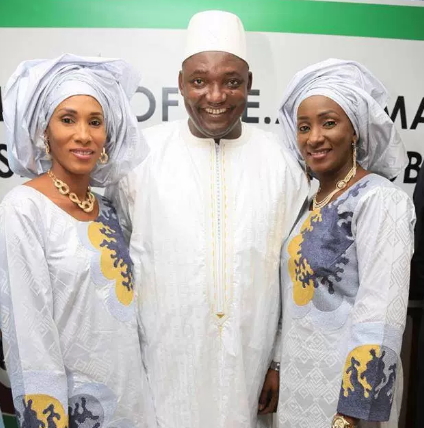 The 51-year-old devout Muslim man got tongues wagging yesterday when he showcased his two wives, Sarjo Mballow and Fatou Bah.

While most African Presidents are known to have many wives, many of them always have an official First Lady during the duration of their Presidency.

However, Mr Barrow who seems to have no fear calmly showed off the two women in his life yesterday.

One of them Fatou (the light skinned one) lost her son, Habibu Barrow last week when a dog attacked him. 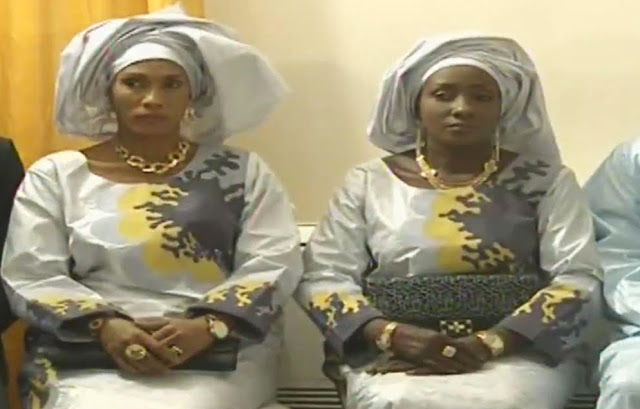 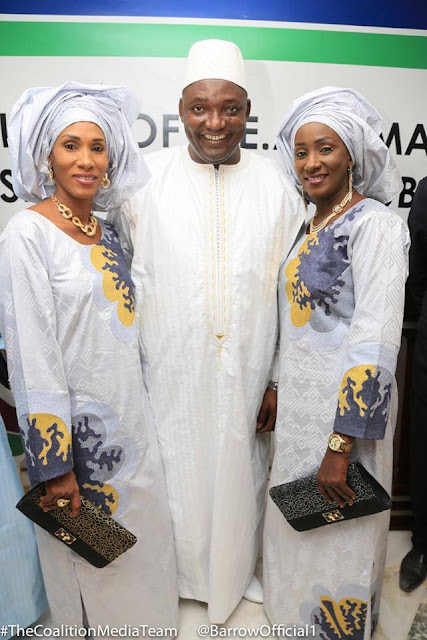 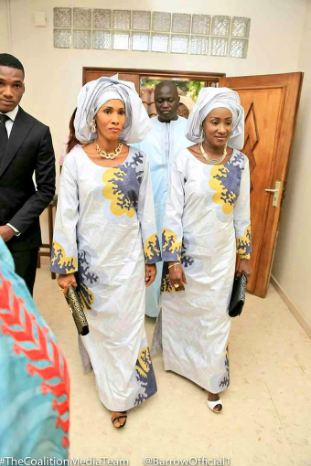 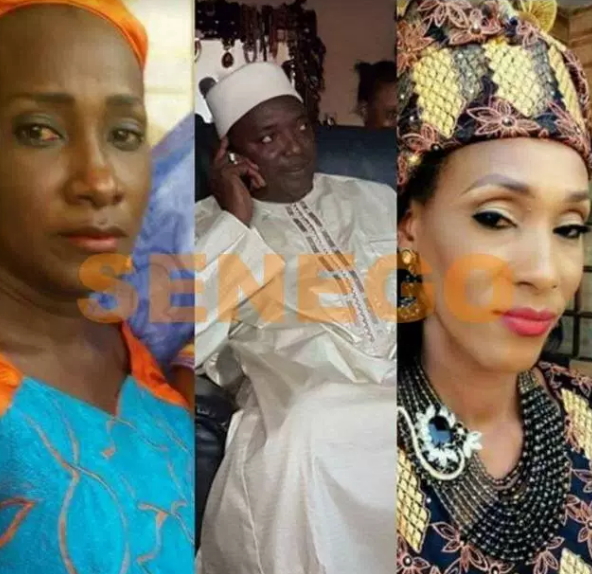 Kenyan Lady Who Goes Into Trance During Org**m Confesses
Abiodun Koya: I Lost Record Deals For Refusing To Date An American Lesbian